Why Bloomberg’s China Connections Are So Important 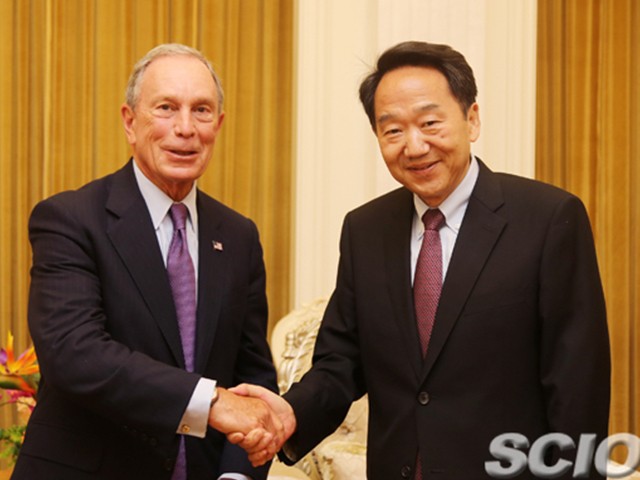 Yesterday’s revelations about the extensive contacts between Bloomberg officials and China’s propagandists are more important than many of our readers may know.

While many Breitbart readers may know Michael Bloomberg primarily as the ultra-wealthy former mayor of New York and briefly a candidate for the Democratic Party’s presidential nomination, Bloomberg has far more sway in the world than that.

In fact, it is impossible to overstate the influence Michael Bloomberg and his namesake financial technology and media conglomerate have in the United States and around the world. Bloomberg terminals are real life versions of J.R.R. Tolkein’s Palantir Stones for Wall Street and financial professionals around the world. They are the lens through which financiers learn about the world, discern financial assets prices, and communicate with colleagues. But whenever one looks through a Bloomberg terminal, the Bloomberg looks back through the viewer, adding what it learns to its vast trove of information about the world.

Years ago a scandal erupted when it was discovered Bloomberg News reporters had been able to use their access to users’ terminal data to see when someone had last logged into their Bloomberg account. This allowed reporters to deduce who had left their jobs or been let go, allowing Bloomberg News to break stories about shifts in the leadership of Wall Street firms. Bloomberg says it no longer allows reporters this kind of access. Tellingly, Bloomberg seems to have suffered no financial penalty from its “customers” for this scandal, presumably because many of the customers have no real choice than to continue to pay fees into the Bloomberg monopoly.

The influence Bloomberg has over journalists extends far beyond those in its employ. Bloomberg News pays very well by journalist standards, typically more than its competitors. And it is believed to be extremely vindictive as an organization. Whether or not it is actually true that Bloomberg has a policy of not hiring any journalists who have written critically of the company, the fact that so many journalists believe this is true has a chilling effect.

That is likely one reason why there has been so little reporting on Bloomberg’s connections to China. Fortunately, in Breaking the News: Exposing the Establishment Media’s Hidden Deals and Secret Corruption, Breitbart Editor-in-Chief Alex Marlow peels back the veil to reveal years of meetings between Bloomberg officials and top Chinese officials. According to documents reviewed by Marlow, “these propagandists regulate Bloomberg LP and control the extent to which the former Democrat mega-donor-turned presidential candidate’s business can access the gigantic Chinese market. Michael Bloomberg himself has spoken favorably — even glowingly — about China, President Xi Jinping, and other top Beijing officials. Bloomberg LP seemingly does a lot more business with China than its competitors.”

China’s influence over a company as powerful and influential as Bloomberg should be a matter of grave public concern. For years, it was kept from the public eye. Now it is being dragged into the sunlight for all to see.