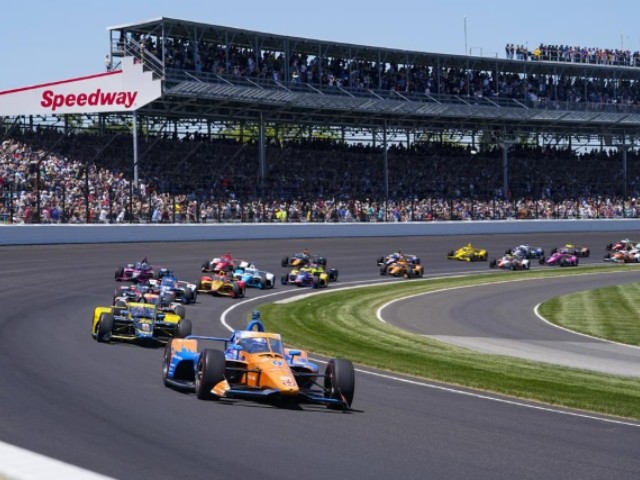 INDIANAPOLIS (AP) — Helio Castroneves joined the exclusive club of four-time Indianapolis 500 winners Sunday, and then scaled the fence at Indianapolis Motor Speedway in front of the largest crowd since the start of the pandemic.

The Brazilian joined A.J. Foyt, Al Unser Sr. and Rick Mears, his former mentor at Team Penske, as the only four-time winners of “The Greatest Spectacle in Racing.” Mears was the last driver to join the club in 1991.

At 46 years old, in his first season no longer driving for Roger Penske, he held off Alex Palou to win the 105th running of the race in front of 135,000 fans — the most at any sports event in the world since the pandemic began 18 months ago. The number represented 40% of the speedway’s capacity and was agreed upon by health officials.

A year ago, no fans were allowed for the race that was delayed from May to August. This year, celebrities were back and fans were everywhere and they were treated to a win by one of the most popular drivers in Indy 500 history.