What Happened to Adam Kinzinger? 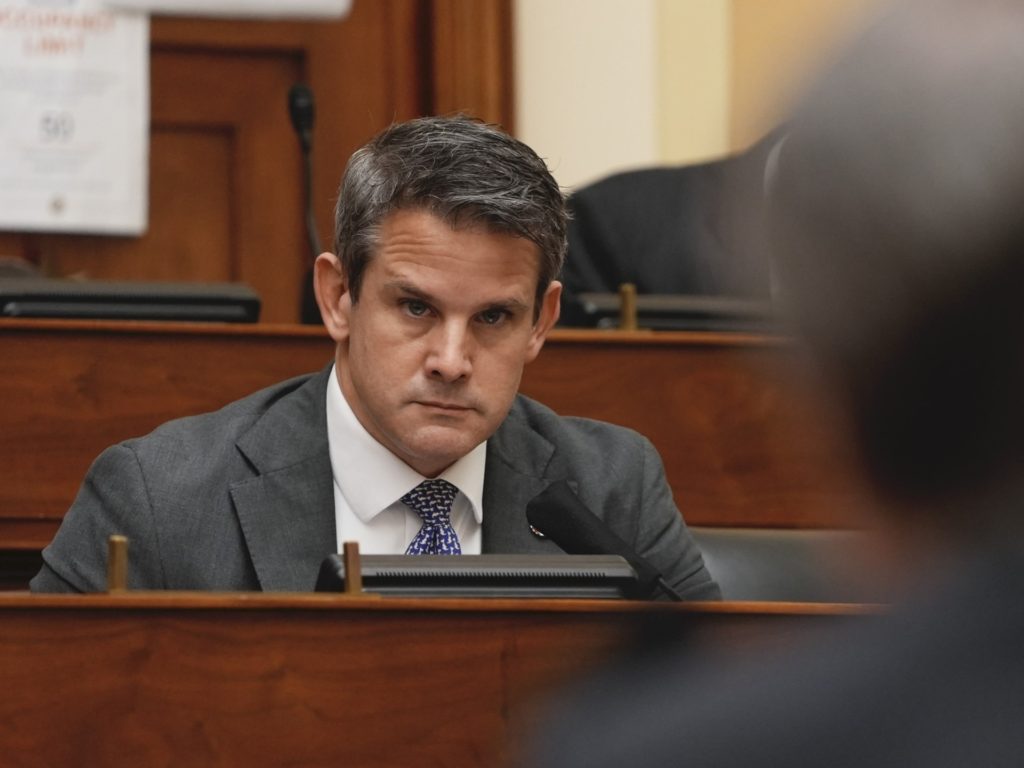 Rep. Adam Kinzinger (R-IL), former Tea Party favorite, has become one of the most prominent anti-Trump voices in the mainstream media.

He was a frequent critic of Trump even while the 45th president was still in office; he has become more vociferous since.

When CNN needs a Republican to attack conservatives, or Trump, Kinzinger appears keen to volunteer.

He has even launched a new political action committee designed to rid the GOP of Trump’s lingering influence. “[M]y goal in launching Country1st.com is just to say, look, let’s take a look at the last four years, how far we have come in a bad way, how backward-looking we are, how much we peddle darkness and division,” he told NBC’s Meet the Press in January.

He has occasionally defended Trump, usually on foreign policy issues. But now Kinginzer, who voted to impeach Trump (again) in January, sees him as a threat to the future of the GOP, which he describes as the “Titanic,” sinking slowly.

Kinzinger’s stance on Trump has exacerbated his frayed relationship with the Republican Party’s conservative grass roots — an odd fate for a politician who entered politics as a Tea Party hero.

In February, he was censured by the local La Salle County Republican Central Committee in Illinois:

The La Salle County Republicans have received hundreds upon hundreds of emails, text messages and phone calls from our county and beyond expressing their frustration and a lot more with Congressman Kinzinger’s actions and statements the past few months. …  Congressman Kinzinger’s actions and statements against former President Trump have opened a Pandora’s box of criticism.

Back in 2010, when he was running against Dep. Debbie Halvorson (D-IL), the left painted Kinzinger as Adolf Hitler — literally, with the mustache and everything. The Tea Party and conservatives rallied behind him and pushed him to victory. Now, he sees pro-Trump conservatives as the problem.

Kinzinger does not seem to figure in the fact that Republicans picked up a dozen House seats in November. He also seems undaunted by the fact that the bulk of his party does not support him: the anti-Trump candidate he campaigned for in Texas finished ninth in a special election last week.

He deserves credit for facing down some very ugly opposition, including from his own family; and he has always had a bit of an independent streak, especially on national security, where he is hawkish.

Right or wrong, he shares that approach with Rep. Liz Cheney (R-WY), who is about to be ousted as House Republican Conference Chair — the third-highest rank in the caucus — over her repeated public attacks against Trump over the election.

Republicans did not oust Cheney when she was open about her opposition to Trump’s moves to withdraw U.S. troops out of the Middle East (including from Afghanistan, where her father, former Vice President Dick Cheney, had sent them).

What is different now is that Joe Biden has been president for 100 days. And his left-wing policies, not Trump’s statements, are what Republicans are most concerned about.

As Daniel Henninger of the Wall Street Journal put it recently, Democrats are “killing the American Dream.” Specifically, they are trying to replace the ideal of individual responsibility and individual achievement, and replace it with middle-class entitlements that will keep Americans comfortable, if idle (assuming we can afford them).

Biden’s radical policies have already had a dramatic effect at the border, which is overwhelmed with migrants. His economic policies are failing to create jobs, while spending the economy into possible inflation.

Meanwhile, Democrats are planning to pack the Supreme Court, and to control future elections. All of that is more urgent to Republicans than Trump and 2020.

Yet Kinzinger, Cheney, and the remnants of Never Trump continue to attack Trump. The question is why. Each likely has his or her own reasons, but with Kinzinger, there is a bit of a back story.

After the 2010 elections, when five Tea Party-backed Republicans won congressional seats in Illinois, the Democrats in the state legislature redrew the district boundaries and pitted Kinzinger against fellow incumbent Rep. Don Manzullo (R-IL), a staunch conservative long before the Tea Party.

Kinzinger painted himself as the young, fresh face against “a creaky lawmaker long past his prime,” in Politico‘s words. He had the backing of the Republican establishment; conservative groups belatedly backed Manzullo. Kinzinger won, having burned his bridges to the conservative movement.

His district is reliably Republican, so he wins easy re-elections. But his new constituency has become CNN.

Kinzinger’s shift is what happens when Democrats control the media, and the map.

That’s why we are debating Trump: it suits Democrats, and the media, who will do anything not to talk about Biden and his policies.