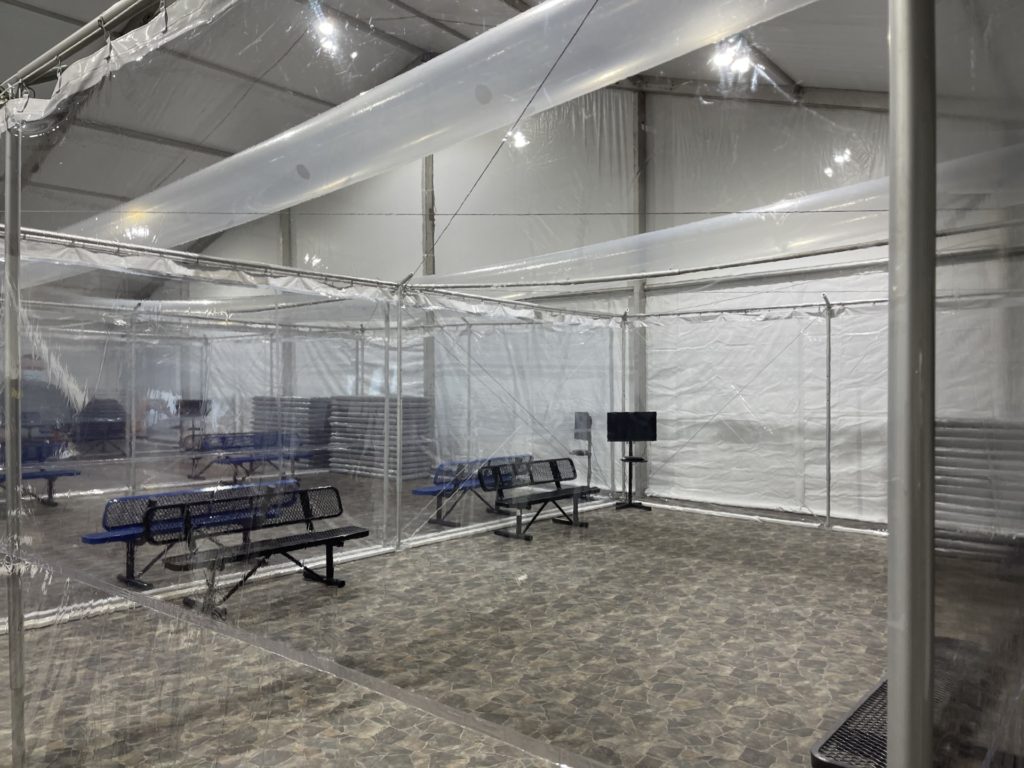 EAGLE PASS, Texas — The influx of large groups of migrants has resulted in severe facilities overcrowding in one of the west Texas sectors of the Border Patrol. The Del Rio Sector now leads the nation in the detention of migrants as it deals with the daily arrivals of large groups of Venezuelans. Detention capacities at temporary holding facilities are well above maximum levels.

A source within Customs and Border Protection, speaking on the condition of anonymity, provided Breitbart Texas with the update. A newly constructed facility in Eagle Pass designed to hold a maximum of 500 is seeing levels exceeding 700 in recent days. The sector is detaining nearly 1,500 migrants–earning the top detention spot in the country. The Rio Grande Valley Sector usually leads the nation, but is currently detaining more than 1,200, according to the source.

The source indicates COVID-19 recommended levels for the facility were limited to 125 detainees.

“That’s out the window,” the source says. “Most of our agents have been vaccinated, but the detainees haven’t,” he added.

Other facilities within the sector are also experiencing overcrowding. The main cause is the elimination of pathways to removal ended by the Biden Administration in January. The Asylum Cooperative Agreements (ACA) between the United States and Guatemala, Honduras, and El Salvador previously led to quick repatriation under the Trump administration. The “Remain in Mexico” program was cancelled as well.

Del Rio has been the focal point for large groups of Venezuelan nationals in recent months. The sector leads the nation in the arrest of that demographic. The source reports more than 400 migrants were arrested in Del Rio on Wednesday. The sector is currently detaining nearly 800 Venezuelans awaiting transfer to ICE, according to the source.

The Del Rio Sector is fully processing the migrants, including issuing a “Notice to Appear” which provides migrants with a court date for an immigration hearing. This practice, as reported by Breitbart Texas, was discontinued in the Rio Grande Valley to alleviate the overcrowding. That process, referred to as prosecutorial discretion, has received sharp criticism from elected officials in the area.

The photo depicts the detention center in question during a grand opening event.