Weekend Box Office Shows the Movies are Back … Almost 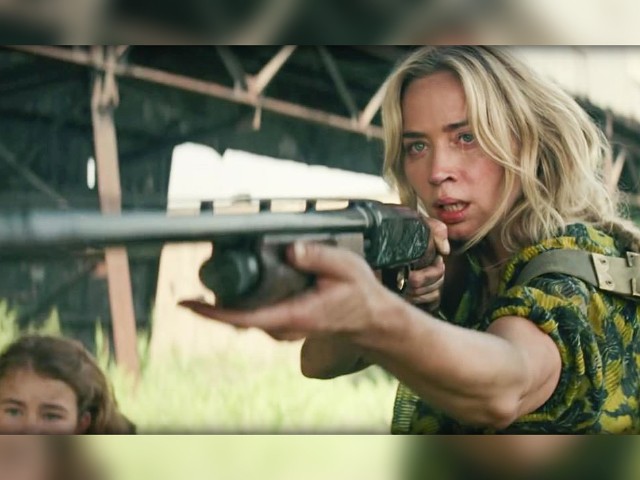 Memorial Day weekend, the official start of the summer movie season, is so far looking pretty good at the box office.

Faced with a gusher of terrible economic news, two weeks ago, His Fraudulency Joe Biden, the corrupt federal government, and the  disgraced CDC finally caved to science and common sense by lifting most of its absurd mask mandates. And just in time for this crucial weekend, so too did America’s movie theater chains.

And now the result are in and it looks like the movies are back … almost.

All eyes are really on A Quiet Place Part II because, unlike Cruella, it’s a standard wide release event. Cruella is in wide release but was simultaneously released on Disney+ with a $30 rental fee.

So how are things going so far…?

Well, A Quiet Place Part II opened on Thursday night to a respectable $4.8 million and is currently projected to gross $36 million by the end of this three day weekend. It’s predecessor opened to just $4.3 million on Thursday night, but did go on to gross $50 million over a two-day weekend. However, last year, when A Quiet Place Part II was scheduled to hit theaters on March 20, which was just before the coronavirus roof caved in, it was projected to earn as much as $60 million over a normal two-day weekend.

The far-left Variety points out that this weekend’s “projections are on the conservative side and could easily increase if momentum sustains through the weekend,” so we’ll know a lot more by the end of Saturday and then Sunday.

The projection is that Cruella will pull in $30 million through Monday, but it only grossed $1.4 million on Thursday, so I’m a little skeptical.  But it is a kids movie and Thursday was a school night, so who really knows?

One thing we do know is that theaters revoked their stupid mask mandates just in time. There’s no way I would have sat down for one movie Thursday night, much less two, if I had to wear a mask (my reviews of A Quiet Place Part II and Nobody are here and here,) and I doubt I was alone in that regard.

Whatever this weekend’s box office outcome, the numbers are looking to be either pretty good or pretty great, and just in time.

Next weekend will see the wide release of the next chapter of the blockbuster The Conjuring franchise — The Conjuring: The Devil Made Me Do It, but that title might not tell us much about the state of things due to it being simultaneously available on HBO Max, which is where I intend to see it.

On June 11, the musical In the Heights goes into wide release, but that’s another one that will be available on HBO Max. It’s also a movie I have no intention of seeing anywhere.

June 16 brings us The Hitman’s Wife’s Bodyguard, the epitome of a sequel no one asked for, and two days later Peter Rabbit 2 (there was a 1?) arrives. But then, on June 25, the ultimate test goes wide, F9, the newest Fast & Furious movie, a franchise that can do no wrong at the box office.

The F9 timing seems to be about perfect. Over the next three-plus weeks, if trends remain steady, the China Virus will be even less of a concern, which will hopefully mean more people embrace normalcy and hit the multiplex.