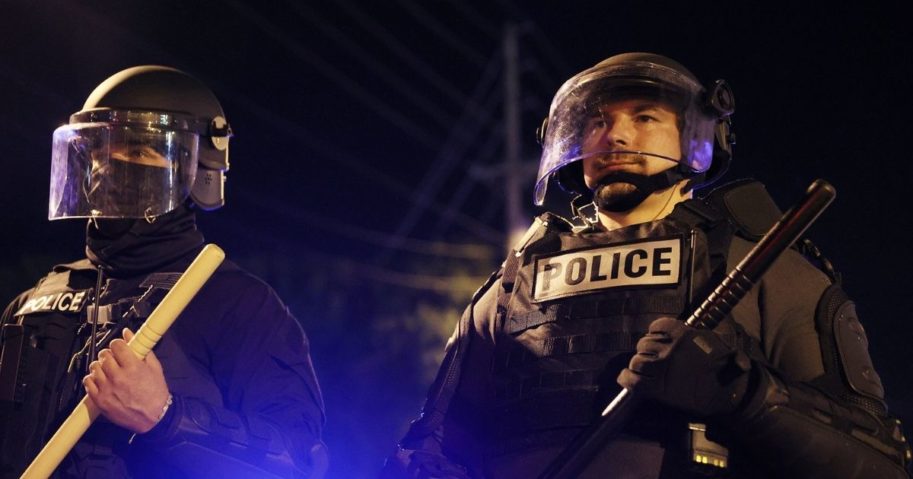 So the Biden administration would rather defund police departments, preside over a huge increase in violent crime and hobble law enforcement than cure cancer.

Are there bad cops? Yes.

Is there systemic racism in most policing? Is this 1955?

We have black mayors, black police chiefs and, oh yeah, a black president from 2009 to 2017, but the whole world must still be racist.

We don’t have systemic racism nearly as much as we have systemic baloney. Something doesn’t go the way you want it? It’s the fault of … wait for it … racists.

Is it even possible that we have made no progress since the Civil Rights Act of 1964?

Take Black Lives Matter. They want to “disrupt the Western-prescribed nuclear family structure requirement by supporting each other as extended families and ‘villages’ that collectively care for one another, especially our children, to the degree that mothers, parents, and children are comfortable.”

That working pretty well in Chicago, is it?

Something like 64 percent of black children are being raised in single-parent households. The result of that sort of “supporting each other as extended families” are criminals such as George Floyd and his ilk. It’s Chicago, New York and other cities run by liberals sympathetic to BLM’s goals.

And then a moron like Joe Biden gets elected president and, totally ignoring the fact that he was our first black president’s VP, the words systemic racism come flying out of the mouth of the most powerful man in the free world, much as it pains one to type those words.

Even worse than that is the legacy media.

Most of today’s media can’t even spell racism, but they fully buy into it. They would rather say that cops are racist than report on Chicago’s weekend killing statistics. And, when the numbers are so ridiculous that they simply cannot be ignored, it’s all the fault of guns.

As if those guns leaped out of the pockets of the drug slingers and gang bangers and just started shooting.

The truth is that many black mothers live in fear of gangs and drugs.

And many urban politicians have relationships with those very gangs that help them get elected.

And where do many of the drugs being slung by those gangs come from?

Why, those same Mexican cartels our moronic president is enabling at the southern border.

We may have El Chapo in jail, but El Chapo’s soldiers are running people across our southern border along with the drugs that are being sold in places like Chicago.

Maybe we need to use the same tactics we used in the Middle East.

You can take out the leadership of the Mexican cartels with a drone strike. Maybe we should use our military to stop it.

But the Democrats would say “that’s not who we are.” Maybe not. But neither is Chicago.