‘Vulnerable’ Transgenders Will Be Admitted to U.S. 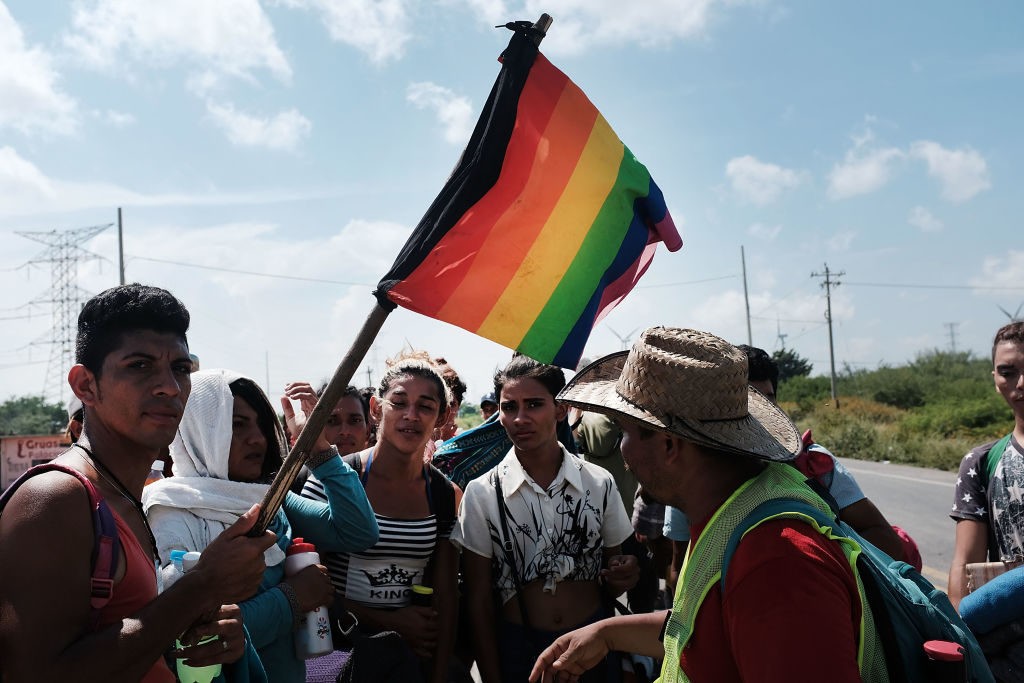 President Joe Biden is opening another side door on the nation’s border for migrants who claim to be “vulnerable” transgender individuals.

In April, more than 170,000 migrants were stopped at the border and while some are being turned back to comply with a Centers for Disease Control and Prevention (CDC) order, Title 42, put in place to prevent spread of coronavirus. The Biden administration is planning to admit “vulnerable” families with small children and transgenders.

Activists are calling for Biden to reverse the CDC rule and NPR confirms that it is not being enforced in all cases:

More migrants are being granted humanitarian exceptions because they are considered the most vulnerable, including families with young children and transgender people who had been living in dangerous conditions in Mexican border towns.

The Biden administration has not sought to publicize this streamlined system of humanitarian exceptions to the health order. Instead, President Biden and top officials have repeatedly urged Central American migrants not to make the dangerous journey north because the border remains largely closed.

Immigrant advocates say administration officials are worried about touching off another surge of migration. The number of migrants apprehended after crossing the southern border soared to a 20-year high in March, and rose slightly again in April, according to official numbers released Tuesday.

“We are working to streamline a system for identifying and lawfully processing particularly vulnerable individuals who warrant humanitarian exceptions under the [CDC] order,” Homeland Security Department spokeswoman Sarah Peck said in a statement to NPR.

“This humanitarian exception process involves close coordination with international and non-governmental organizations in Mexico and COVID-19 testing before those identified through this process are allowed to enter the country,” Peck said.

But some pro-illegal immigration advocates claim Biden’s policies are confusing.

“There’s no clear set of criteria for which families are allowed in,” Jessica Bolter, an analyst at the Migration Policy Institute, said. ”So it can really seem to migrants kind of like a game of chance.”

“What exactly is the criteria, who chooses them; that I can’t tell you,” Ruben Garcia, executive director of Annunciation House, a nonprofit in El Paso, Texas, said. “I just don’t know.”

“The Biden administration has not sought to publicize this streamlined system of humanitarian exceptions to the health order,” NPR said in defense of the president. “Instead, President Biden and top officials have repeatedly urged Central American migrants not to make the dangerous journey north because the border remains largely closed.”

NPR reported that some two-thirds of migrants entering as families — 32,500 in April alone — and a growing number of single adults were being allowed to enter the country.

NPR also reported that the transgender migrants were coming from a transgender shelter in Juarez, Mexico, including Alexa Ponce, 25, who has been living there for a year after traveling from El Salvador.

“She’s scheduled to cross into the U.S. Wednesday with a group of seven other transgender women to request asylum,” NPR said about the group of men.

NPR said some families are “self-separating” but letting their child or children to cross the borders without them because the Biden administration is letting in all Unaccompanied Alien Children.

“We continue to expel single adults and families under Title 42,” Mayorkas said in an interview with NPR’s All Things Considered last week. “That is the province of the CDC to assess the public health needs of the situation with respect to the pandemic.”

“We do make exceptions for discrete humanitarian reasons to address particular vulnerabilities, and we have done so from the very outset,” Mayorkas told NPR.

“Mayorkas sought to downplay the scope of exceptions that the administration is granting,” NPR reported.

“The border is not open,” he said.