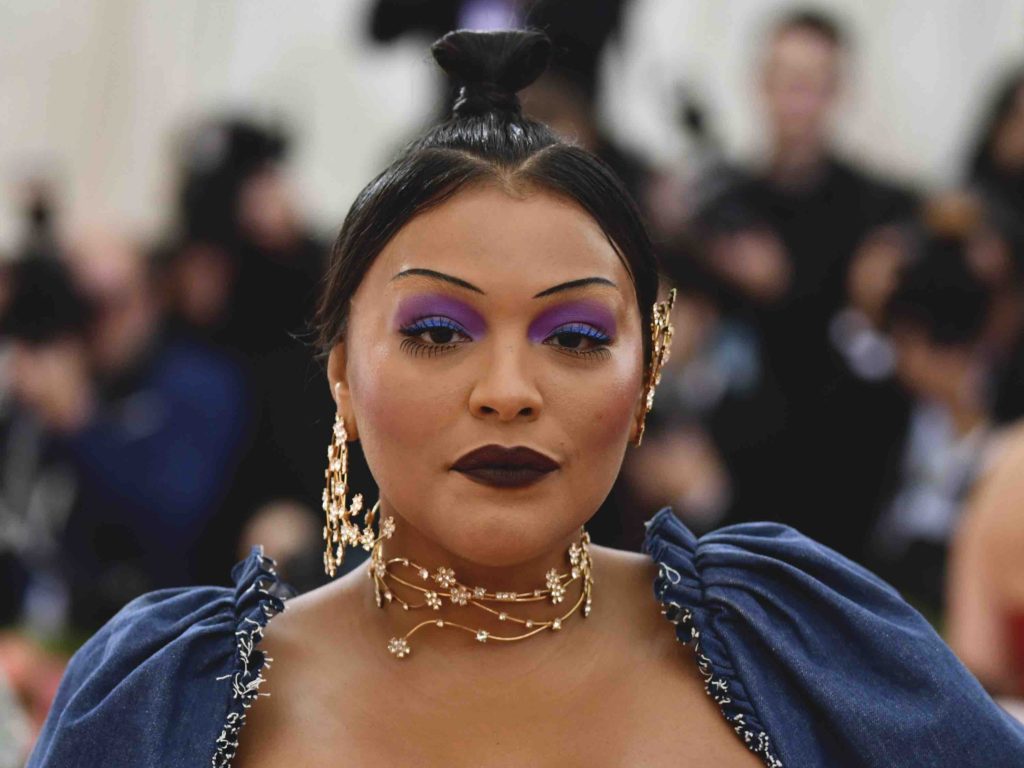 Vogue cover model Paloma Elsesser posted a statement on Saturday that urged people not to post against antisemitism, since it might hurt the Palestinian cause. The post also asserted, misleadingly, that Palestinian leaders are opposed to antisemitism.

The plus-sized model, who appeared on the cover of Vogue magazine in January, made the comments as violence flared again between Israelis and Palestinians,  and waves of protests around the world sparked angry scenes.

Elsesser, 29, posted a statement written by Anna Rajagopal which called on people to think twice before posting about anti-Semitism.

No one is saying that you have to be silent on antisemitism, but before you post about antisemitism during this time, ask yourself:

“Am I linking this to Palestinian liberation as a whole?”

“Will people be able to use this to delegitimize the Palestinian struggle?”

Palestinian liberation leaders, advocates and activists have made it clear that antisemitism is never welcome in the movement for Palestine.

It is not clear which “Palestinian liberation leaders” Rajagopal, or Elesser, was citing. Palestinian Authority leader Mahmoud Abbas, who is considered the “moderate” in the Palestinian movement, has repeatedly made statements denying the Holocaust, apologizing for the most recent episode in 2018. He wrote his Ph.D. thesis minimizing the Holocaust and falsely alleging a secret alliance between the Nazis and the Zionists — when, in fact, it was Palestinian leader Has Amin Al-Husseini who sided with Hitler, moved to Berlin, supported the murder of Jews, and recruited Muslims in Yugoslavia to join the SS.

The charter of the radical Hamas movement, which controls Gaza, calls openly for the murder of Jews.