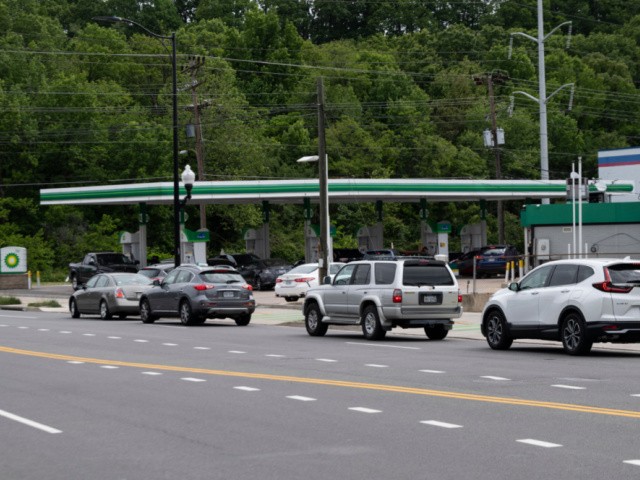 A gas station in Richmond, Virginia, charged customers $6.99 a gallon Tuesday not long after the governor declared a state of emergency because of the Colonial Pipeline ransomware cyberattack that caused gasoline shortages.

According to WTVR, Lether Kerney, who pulled up to the BP gas station on Williamsburg Road, said, “It was a lot of people there, no one looked at the price.”

Kerney said when she arrived and began filling up, she did not realize the station was charging $5.99 a gallon.

A resident named Cha Cha said she watched the price go up once she filled her vehicle’s tank for $2.99.

A few minutes later, the price rose to $6.99, according to WTVR.

Reporter Shannon Lilly shared a photo of the station’s sign:

Wow! Gas prices at this BP gas station off Williamsburg Rd in Richmond now up to $6.99. When we arrived about 20 minutes ago it was at $5.99.

A woman who lives in this area says when she filled up two hours ago it was at $2.99. @CBS6 pic.twitter.com/LBbtAuDGRi

WTVR spoke with a store official about the prices, who said he had run out of gas, and minutes later, the sign was reportedly switched off.

In a video shared on Wednesday, Virginia Attorney General Mark Herring urged citizens who believed they were being charged “an exorbitant amount for gas” to contact his office’s Consumer Protection Section:

By now, we all know that we’re experiencing a gas shortage because of the disruption to the pipeline. If you think you are being charged an exorbitant amount for gas, contact my office’s Consumer Protection Section and we will get to the bottom of it. pic.twitter.com/CH4D2VrArr

Gov. Ralph Northam (D) said Tuesday he declared a state of emergency “to help the Commonwealth prepare for and respond to any potential fuel supply shortages as a result of the Colonial Pipeline cyberattack”:

I just declared a state of emergency to help the Commonwealth prepare for and respond to any potential fuel supply shortages as a result of the Colonial Pipeline cyberattack.

The pipeline ransomware attack and concerns about gas prices contributed to the gas shortage on the East Coast, Breitbart News reported Tuesday.

“Colonial Pipeline, a critical source of fuel on the East Coast of the United States, shut down its operations on Friday after the cyberattack, prompting concerns that gas prices would rise,” the outlet said.

The BP station in Richmond that charged $6.99 a gallon is reportedly issuing refunds, according to WTVR.