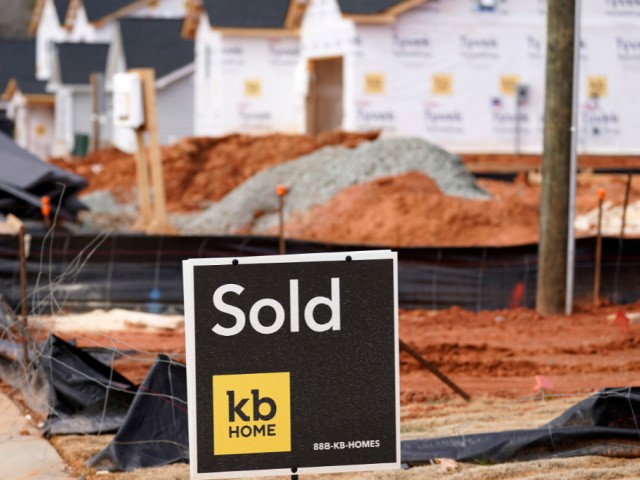 The iconic American suburban neighborhoods that attract families looking for safe and prosperous areas have been targeted in recent years – first from those who believe zoning is a racist tactic to keep certain people out of the neighborhoods.

And now a report from the left-leaning Brooking Institute is claiming that the “unsustainable” nature of the suburbs means they must be transformed in the name of preventing climate change.

The Brooking Institute report touts President Joe Biden’s “ambitious and necessary” goal to reduce greenhouse gas emission to 50 percent of the amount emitted in 2005 by 2030, with even bigger reductions by 2050.

But there’s a problem. The administration’s high-level strategy skimmed over a central driver of our climate crisis: unsustainable land use practices. Simply put, the United States cannot reach its GHG reduction targets if our urban areas continue to grow as they have in the past. After decades of sprawl, the U.S. has the dubious honor of being a world leader in both building-related energy consumption and vehicle miles traveled per capita. Making matters worse, lower-density development also pollutes our water and requires higher relative emissions during the initial construction.

That leaves the country with no choice: We must prioritize development in the kinds of neighborhoods that permanently reduce total driving and consume less energy. Such human-centered neighborhoods have the added benefit of helping us adapt to climate impacts, improve public health, and promote access to activities. Encouraging their development should be a central part of any national climate resilience strategy.

This won’t be an easy task. Fundamentally changing where and what we build requires new ways of planning and investing in our communities. Since the federal government doesn’t directly control local land use, changing where we live and how we get around will require buy-in from states and local governments that manage zoning and other regulations, real estate developers who lead construction, and the finance industry that underwrites it all. With little time to waste, the U.S. must begin testing and scaling policy levers than enable a more resilient approach to regional development.

The Brookings report discusses several areas where climate change can be addressed, including replacing fossil fuels with renewable energy like wind and solar.

But then it gets to the nitty gritty of the problem with suburbia — people have to drive cars, electric or not, to get from home to work and home again. The report states:

Car-dependent neighborhoods lock us in to a baseline of harmful emissions while creating other climate impacts in the process. While earlier neighborhood models were built around mass transit such as streetcars and at distances friendly for walking and cycling, newer neighborhoods frequently design all real estate to accommodate the automobile.

This includes single family homes, which “miss out on the energy efficiencies of shared walls.”

“We need to undo decades of bad habits, returning to traditional people-centered neighborhood designs and incorporating forward-looking building technologies that promote more sustainable and equitable living. It’s a generational lift—and time is running out, the report concludes. “Statements of intent are important signals, and don’t cost politicians much. It’s imperative that our national leaders start naming land use challenges when they discuss our climate future. But we can’t afford to stop there. America needs federal leadership to test ideas and scale solutions. Land use may be local, but our climate future is shared.”