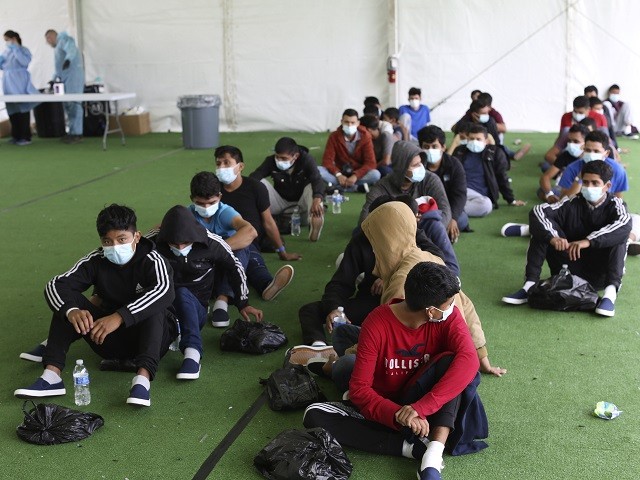 According to Health and Human Services, the federal government is detaining more than 20,000 unaccompanied migrant children nationwide. To accommodate the latest surge, HHS opened 13 new detention facilities since March 1 and are designed to house the children until sponsors receive them.

According to the latest HHS data, they hold 16,000 unaccompanied children and another 4,000 are about to be transferred from Border Patrol custody. The HHS estimates the cost to detain a child in the newest facilities, which they refer to as Emergency Intake Sites (EIS), is $775 per day. In other long-term facilities, they indicate that cost to be approximately $275 per day. The temporary shelter numbers are those in excess of 13,500 permanent facility beds, meaning the agency is spending nearly $4 million a day on long-term UACs and nearly $2 million per day on EIS shelters. This does not account for the expenditures by the Border Patrol to detain the additional 4,000 UACs.

According to HHS, the EIS shelters being brought into service will provide required standards of care for children, such as providing clean and comfortable sleeping quarters, meals, toiletries, laundry, and access to medical services. A COVID-19 health screening protocol for all children will reportedly be implemented to follow CDC guidelines for preventing and controlling communicable diseases. Services will be provided by a combination of contractors and federal staff – including teams from the HHS Office of the Assistant Secretary for Preparedness and Response and the U.S. Public Health Service Commissioned Corps.

HHS responded to an inquiry from Breitbart Texas concerning the funding of these expenses. HHS did not address any congressional appropriation specifically for the opening and operation of the newest facilities and would only say they are using available funds to provide for the record number of UACs. In effect, this means HHS and CBP are diverting programmatic funds from within the agencies. Where exactly the funds are being diverted from was not revealed.

Under the purview of HHS are the Centers for Disease Control, Centers for Medicare and Medicaid Services, and the Food and Drug Administration. These are but a few of the HHS-managed programs designed to provide health services to United States residents with Congressional funding. Absent appropriations specifically for the Office of Refugee Resettlement, HHS must utilize funding from other sources to construct, open, and operate facilities to care for and find sponsors for the thousands of unaccompanied children.

Congressman Tony Gonzales (R-Texas), when asked by Breitbart Texas about the issue says the lack of transparency by the agency is troubling. The money has not been appropriated by Congress and must be taken from operating budgets to carry out their mission.  He addressed that question at a recent press conference held by a congressional delegation visiting the border in Texas on Thursday.

Of the nearly 170,000 migrants apprehended illegally entering the United States in March, nearly 19,000 were unaccompanied children.