U.S. Minorities Should Be ‘Very Envious’ of Persecuted Uyghurs 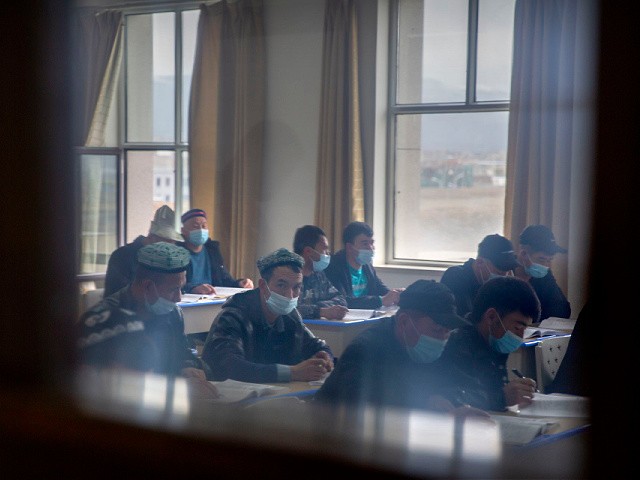 Members of ethnic minority groups in the U.S. “would be very envious” of the living conditions in China’s western Xinjiang region if they visited the area today, Chinese Foreign Ministry spokeswoman Hua Chunying said on Thursday.

The U.S. government has historically “persecuted ethnic minorities,” Hua alleged at a regular press conference on May 13.

“If … US minorities could actually come to China and visit the Xinjiang Uygur Autonomous Region, I’m sure they would be very envious of being Chinese in this day and age,” she said.

Human rights organizations and mainly Western governments accuse China’s ruling Communist Party of forcibly detaining 1-3 million of Xinjiang’s minorities in state-run camps since at least 2017. The camps are believed to facilitate slave labor, funneling Uyghurs and others into Chinese state-run factories and farms where they manufacture or harvest Chinese goods, such as solar panels and cotton, for sale and export on the global market. Human rights groups and Western governments also accuse the Chinese Communist Party (CCP) of attempting to commit a genocide of Uyghurs and other ethnic minorities in Xinjiang by forcing female detainees of the labor camps to undergo abortions, sterilizations, and receive birth control against their will. China claims its crackdown on the rights of Xinjiang’s Uyghurs was necessary to contain mounting terror attacks by the Sunni Muslim group starting in spring 2014.

Hua’s statements on Thursday were meant to suggest that the CCP’s security crackdown in Xinjiang had increased safety and improved living conditions for people in the region after they previously lived under the threat of terrorism. Her remarks echoed those made by China’s ambassador to the U.S. last week.

“[F]or a very long time, this wonderful land [Xinjiang] suffered from separatism, extremism and violent terrorism,” Chinese Ambassador to the U.S. Cui Tiankai told Xinjiang Gov. Shohrat Zakir at an online conference on Xinjiang on May 7.

“Between 1990 and 2016, thousands of violent terrorist attacks happened there, causing huge losses of innocent lives and wealth. To address the problem and its breeding ground, the Chinese government has adopted correct and effective policies in Xinjiang, and stability has since returned,” he said.