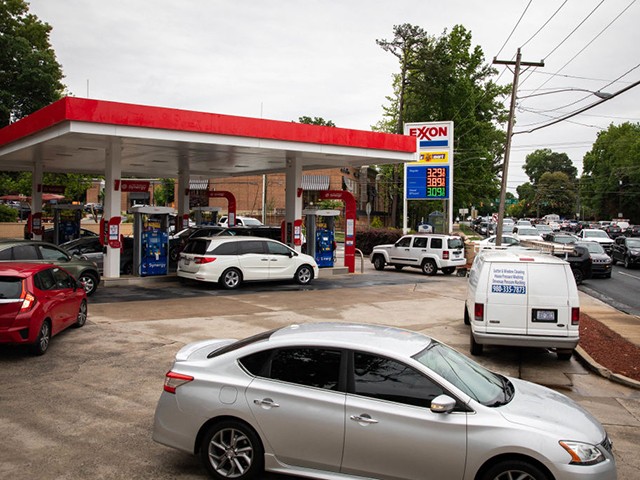 The United State’s capital is nearly dry of gasoline Friday morning while states such as North Carolina and Virginia are also struggling, according to recent data.

According to GasBuddy data posted at 9:33 a.m. ET, D.C. is experiencing an 88 percent outage, with North Carolina at 67 percent, and Virginia at 50 percent.

The Colonial Pipeline’s recent ransomware attack and ensuing concerns about gas prices have contributed to a fuel shortage on the East Coast, Breitbart News reported Tuesday.

“Colonial Pipeline, a critical source of fuel on the East Coast of the United States, shut down its operations on Friday after the cyberattack, prompting concerns that gas prices would rise,” the outlet said.

However, the pipeline’s reopening has not sorted out the gas shortage affecting the Southeast.

“In many states, significantly more gas stations are reportedly out of gas than the day before,” Breitbart News reported Thursday.

We generally only saw small outage improvement overnight, highlighting the next choke point: too many stations need fuel, not enough capacity at the rack, not enough truck drivers. Reminder- don’t expect most areas to start a solid downward trend in outages until weekend or so.

In a subsequent post, De Haan added most of the states and areas experiencing outages have seen panic buying, “which is likely a contributing factor to the slow-ish recovery thus far. It will take a few weeks”:

Most of these states/areas with outages have continued to see panicked buying, which is likely a contributing factor to the slow-ish recovery thus far. It will take a few weeks.

When reporters asked if he was briefed about the company paying the ransom, Biden said, “I have no comment on that,” according to Breitbart News.

White House press secretary Jen Psaki also declined to comment when asked if the administration was aware the company reportedly paid the ransom.

“I’m just not going to have any more on that,” she stated during the White House press briefing.

“It continues to be the position of the federal government, the FBI, that it is not in the interests of the private sector for companies to pay the ransom because it incentivizes these actions,” Psaki added.