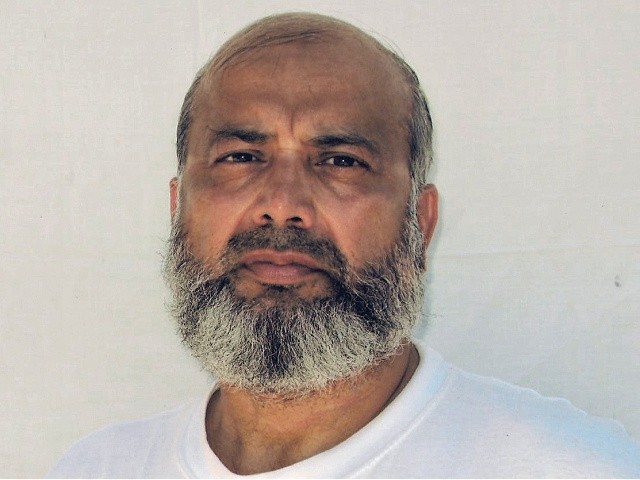 The U.S. approved on Monday the release of the oldest prisoner at the U.S. military’s Guantánamo Bay prison in Cuba, a 76-year-old man from Pakistan held for 16 years at the facility for alleged ties to the al-Qaeda terror group.

U.S. government officials notified Saifullah Paracha on May 17 that they had approved his release from Guantánamo Bay, Paracha’s lawyer, Shelby Sullivan-Bennis, said. Paracha has spent the last 16 years detained at Guantánamo Bay on suspicion of ties to the al-Qaeda terror group, though prosecutors never charged him with a crime. The facility’s prisoner review board has now cleared him, according to his lawyer.

“As is customary, the notification did not provide detailed reasoning for the decision and concluded only that Paracha is ‘not a continuing threat’ to the U.S.,” Sullivan-Bennis said.

The development does not mean Paracha’s release is imminent, though it is viewed as “a crucial step before the U.S. government negotiates a repatriation agreement with Pakistan for his return,” according to the Associated Press (AP).

Sullivan-Bennis said on Tuesday she thinks Paracha will be returned to Pakistan within the next several months.

“The Pakistanis want him back, and our understanding is that there are no impediments to his return,” she said.

A spokesman at the Pentagon declined a request by the AP to comment on the matter on Tuesday.

U.S. government authorities alleged that Paracha was an al-Qaeda “facilitator” who aided two conspirators in the September 11, 2001, terror plot — which led to attacks on New York City and Washington, DC, by al-Qaeda — with a financial transaction, according to the AP. Paracha claimed he did not know the two conspirators were associated with al-Qaeda and has denied any involvement in terrorist activity.

The administration of U.S. President Joe Biden launched a formal review of the Guantánamo Bay detention center in February, resuming the failed attempt by former U.S. President Barack Obama to close the facility. The White House said on February 12 that Biden hopes to shut down the U.S. military prison before he leaves office.

“Aides involved in internal discussions are considering an executive action to be signed by Biden in coming weeks or months,” two anonymous sources allegedly told Reuters at the time.

The administration of former U.S. President Donald Trump worked to halt previous efforts to shut down Guantánamo Bay. The U.S. military established the prison in Cuba in 2002 following the September 11, 2001, terror attacks on the U.S. by al-Qaeda.