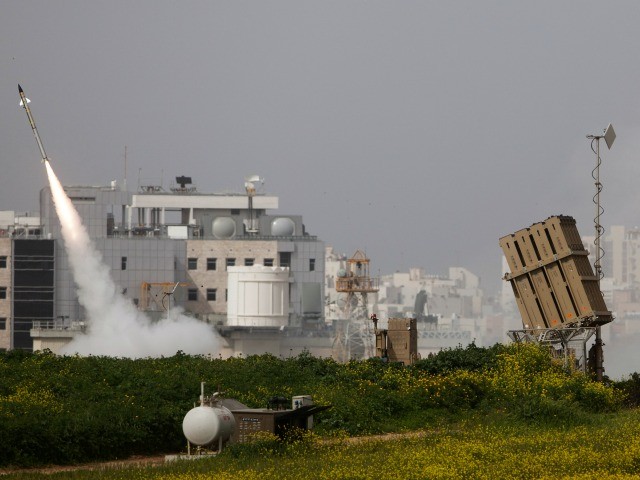 The sale of $735 million in weapons to Israel has been approved by the Biden administration as the nation continues its daily battle against Hamas terror rockets fired from the Gaza Strip.

Congress was initially told of the impending sale on May 5, according to three people familiar with the matter, the Washington Post reports.

The deal was proposed almost a week before Hamas began firing rockets into Israel, claiming the lives of at least 10 Israelis so far.

The Post report noted Boeing will provide the weapons to the Jewish state.

Some legislators and aides said the sale could prompt a groundswell of opposition in Congress, where criticism of the Biden administration’s support of Israel amid the deadly confrontation has become more prevalent.

“Allowing this proposed sale of smart bombs to go through without putting pressure on Israel to agree to a ceasefire will only enable further carnage,” a legislator on the House Foreign Affairs Committee told the newspaper.

Israel and the U.S. have a long history of cooperation in weapons procurement, as Breitbart Jerualem has reported.

In 2016 the two allies tested a joint ballistic missile interceptor that Prime Minister Benjamin Netanyahu said at the time delivers protection against potential threats from Iran.

The tests of the hypersonic Arrow-3 system were carried out in the U.S. state of Alaska. It succeeded in hitting targets above the atmosphere, Israel’s defence ministry confirmed.

“The flight tests were conducted in Alaska in order to test capabilities that may not be tested in Israel,” a ministry statement said.

In March 2017, Israel used the Arrow-2 system for the first time when it intercepted a surface-to-air missile launched from Syria that was headed toward Israeli fighter jets returning from an operation over Syria.

Israel would buy up to eight of the Boeing-built aircraft and related equipment for an estimated $2.4 billion, the Pentagon’s Defense Security Cooperation Agency said after the State Department approved the proposed deal.