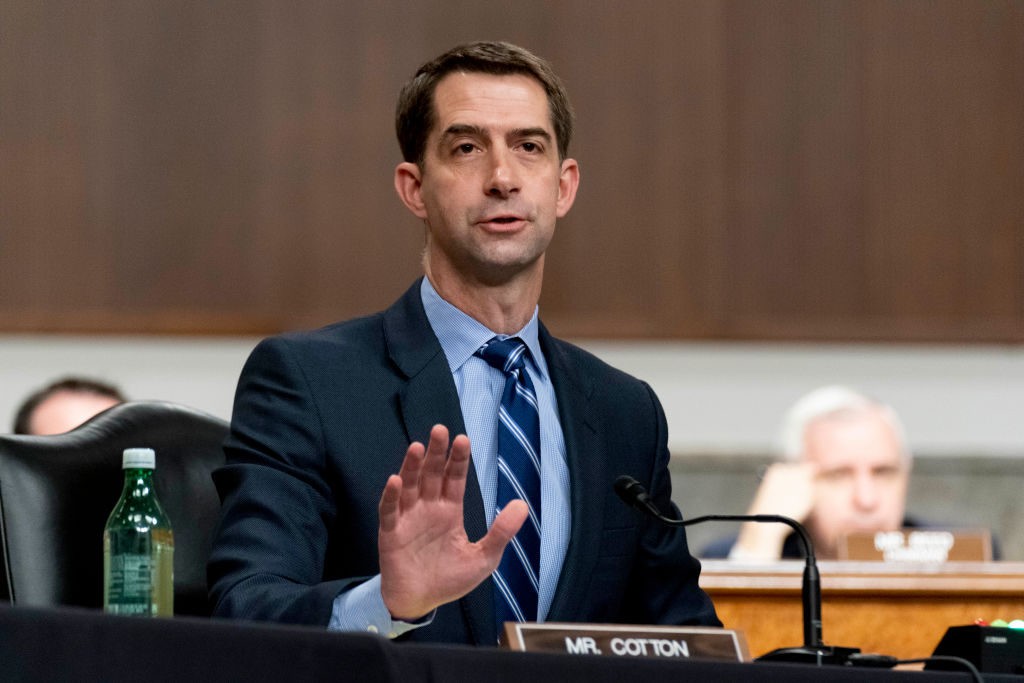 Chipman responded, “An ‘assault weapon’ would be, in the context of the question you ask, whatever Congress defines it as.”

Chipman then talked about the ATF’s Demand Letter 3, which ATF.gov highlights as containing the following rule: “Licensed dealers and pawnbrokers in Arizona, California, New Mexico and Texas are required by ATF to report all transactions in which an unlicensed person acquired, at one time or during five consecutive business days, two or more semi-automatic rifles larger than .22 caliber (including .223/5.56 mm) with the ability to accept a detachable magazine.”

Cotton replied to Chipman’s Demand Letter 3 comments by saying, “You believe that every weapon, that takes a detachable magazine, that can take a .22 round or 5.56…should be defined as an ‘assault weapon?’”

Chipman responded, “Let me clarify, what I believe I just said is any semiautomatic rifle, um.”

Cotton then interjected, “Okay, any semi-automatic rifle. That’s the definition?”

As Chipman continued to try to answer Cotton’s questions, Cotton switched gears to ask if Cabela’s or other retail outlets have displays marked “assault weapons” alongside the displays for firearms like pistols, rifles, and shotguns.

Chipman responded by suggesting the firearm industry purposely avoids using the term “assault rifle,” but Cotton would not relent.

Cotton said, “I’ve been in Walmart and I’ve been in Cabela’s and I’ve seen that you can find sections for pistols or handguns or shotguns or rifles, because those are actual kinds of firearms. I think our exchange here illustrates that there is really no such thing as an ‘assault weapon.’”

“That is a term that was manufactured by liberal lawyers in pollsters in Washington into trying to scare the American people into believing the government should confiscate weapons that are wildly popular for millions of people to defend themselves and their families and their homes,” he noted.

AWR Hawkins is an award-winning Second Amendment columnist for Breitbart News and the writer/curator of Down Range with AWR Hawkins, a weekly newsletter focused on all things Second Amendment. He is the political analyst for Armed American Radio. Follow him on Twitter: @AWRHawkins. Reach him directly at [email protected]. Sign up to get Down Range at breitbart.com/downrange.