Tim Scott Won the Debate over Whether America Is Racist 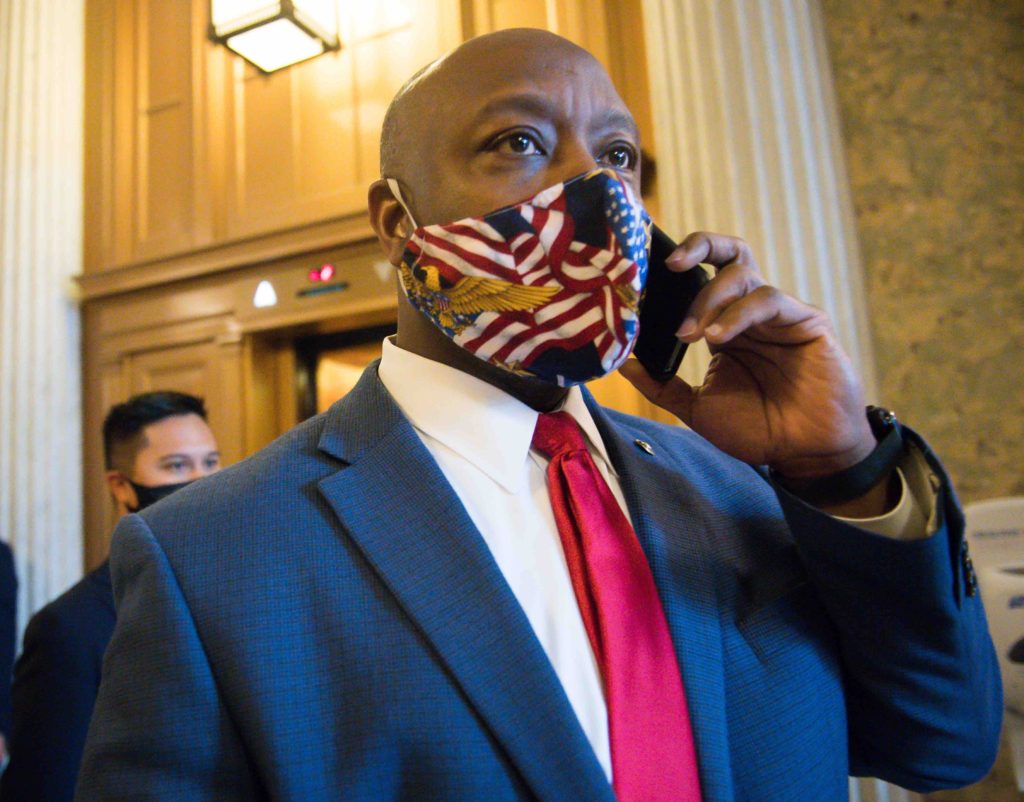 On Wednesday night, in his first address to Congress, President Joe Biden repeated his claim that the United States of America, the country he was elected to lead, is guilty of “systemic racism.”

He said it twice, for emphasis.

It was a powerful statement — and the left hated it, twisting his words to claim that Scott had said there is no racism in America.

The opposite was true: Scott specifically talked about his own experiences of racism — including racism from people on the left who would not tolerate a black conservative.

But he declared that our flaws do not determine who we are: “Original sin is never the end of the story. Not in our souls, and not for our nation. The real story is always redemption.”

Normally, the opposition’s response to the president’s address to Congress is ignored.

But Scott’s speech was so powerful that Democrats continued to attack it well into the weekend.

And when President Biden and Vice President Kamala Harris were asked — directly — about Scott’s speech, and whether they thought America was a racist country, both of them said no.

They conceded the point.

“No, I don’t think the American people are racist, but I think after 400 years, African-Americans have been left in a position where they’re so far behind the eight ball in terms of education, health, in terms of opportunity. I don’t think America is racist, but I think the overhang from all of the Jim Crow and before that slavery have had a cost and we have to deal with it.”

When Harris was asked about Scott’s speech by George Stephanopoulos on ABC News’ Good Morning America, she said: “No, I don’t think America is a racist country. But we also do have to speak truth about the history of racism in our country and its existence today.”

Of course, they both pointed out that our country has a history of racism, which left a legacy that still challenges us today.

Scott does not dispute that.

He told CBS News’ Face the Nation on Sunday that racism “absolutely” left a “lingering effect.” But, Scott argued, we cannot address that legacy with new forms of racism: “Fighting bigotry with bigotry is hypocrisy.”

Scott pointed out on Sunday, and in his response to Biden, that the Republican approach has been to expand opportunity, not to “take from some to give to others.” That approach works.

Scott shows: it can be done.