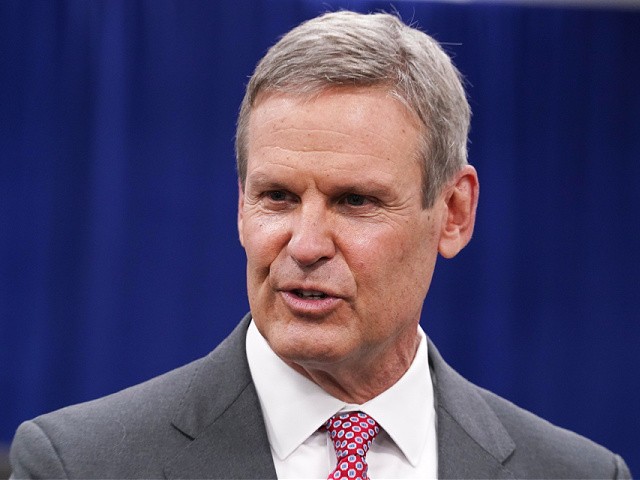 Republican Tennessee Gov. Bill Lee signed a bill into law Friday that separates private spaces such as bathrooms and locker rooms for use by individuals according to their biological sex.

The law means that individuals who are biological males cannot use restrooms for women because they “identify” as women and vice versa for women who consider themselves men.

The Associated Press (AP) reported on the development, calling it a “bathroom measure” to promote the narrative that these kinds of laws target transgender individuals rather than protect females in particular from being in spaces with biological men:

Under the bathroom measure, a student or employee could sue in an effort to claim monetary damages “for all psychological, emotional, and physical harm suffered” if school officials allow a transgender person into the bathroom or locker room when others are in there. They also could take legal action if required to stay in the same sleeping quarters as a member of the opposite sex at birth, unless that person is a family member.

Lee, who is up for reelection next year, has said the bill promotes “equality in bathrooms,” despite the prohibition against transgender people using multi-person facilities that don’t align with their sex at birth. The legislation takes effect July 1.

“That bill provides equal access to every student,” Lee said at a press conference last week. “It’s a reasonable accommodation. It allows for accommodation for every student regardless of their gender. I think that’s a smart approach to the challenge.”

The left-wing American Civil Liberties Union (ACLU) said it would challenge the law in court.

“Transgender students should be treated with respect and dignity, just like everyone else,” ACLU of Tennessee Executive Director Hedy Weinberg said in a statement. “Governor Lee’s decision to sign this bill sends the opposite message -– that students should be able to discriminate against a group of their classmates by avoiding sharing public spaces with them, and sue their schools if they are prevented from doing so.”

Lee has already signed another piece of legislation that bars transgender athletes from playing girls’ sports in middle school and high school.

Tennessee lawmakers have also passed a bill to ban life-altering medical treatments or drug treatments for minors, but Lee has not acted on that legislation.