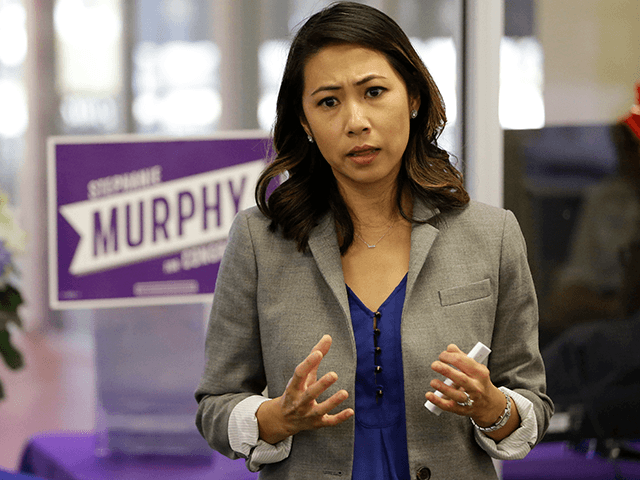 “Stephanie Murphy has never lost a race, despite representing one of the most competitive seats in the country,” Murphy’s staffer Lauren Calmet told Florida Politics. “She is an effective legislator, a proven fundraiser, and exactly the type of person who can beat Marco Rubio. Should she decide to run for the US Senate, she will win.”

Murphy’s political calculation to not challenge Gov. Ron DeSantis (R) for governor, leaving the task to Rep. Charlie Crist (D-FL), comes as the Republican-controlled state legislature will presumably add a district in Central Florida where Murphy and Demings’ districts are located.

Murphy and Demings’ decision to run against the other leaves the House Democrats in a bind, considering both were perhaps the strongest politicians to retain the altered seats due to name recognition and the incumbent’s advantage.

The National Republican Congressional Committee’s (NRCC) Camille Gallo, who handles the Central Florida House races, told Breitbart News that “Stephanie Murphy is going to quit on the people of Florida’s 7th District because she knows they plan on firing her for voting in lockstep with Nancy Pelosi.”

Radical policies of socialism did not perform well in the state in 2020 when House Republicans gained seats in South Florida, displacing far-left incumbents.

As for the Democrats, however, they will have at least two “intersectional” candidates from which to choose: Demings is a black woman, and Murphy was born in Vietnam.

Still undeclared is Florida’s Agriculture Commissioner Nikki Fried (D), who is considering a bid for either Senate or governor.