States Can Divest from Companies Run by Woke CEOs 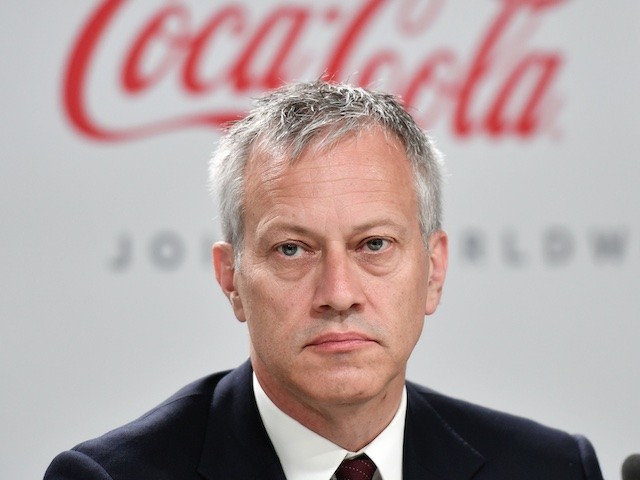 The CEOs of many corporations seem to have confused themselves for lawmakers rather than businessmen.

“Woke” CEOs have decided to wage war on proposed and enacted policies of conservative states instead of focusing on the fiduciary responsibilities to their company and serving the interests of their shareholders. While woke CEOs have threatened — and followed through — to pull jobs and investments out of states that do not follow the liberal policies they support, Republican leaders, responding to these woke CEOs, have been inconsistent and unsure how to respond.

Former President Trump suggested boycotting these companies while other Republican leaders have been hesitant to respond out of deference to these companies because the employees and local communities — who have little say over what the woke CEO says — will suffer consequences.

But there is a course of action yet to be considered for those facing the ire, and hypocrisy, of woke CEOs.

State treasurers and state investment committees manage massive retirement funds on behalf of state employees. They have the power to sell the stock of woke CEOs’ companies and buy stock of companies whose CEOs are solely focused on creating long-term shareholder value.

In North Carolina, State Treasurer Dale Folwell has fiduciary responsibility to the state’s $110 billion pension fund, one of the largest in the country. His team at the treasury office should review the actions of fund managers and CEOs with which the state invests to ensure they are choosing profits over politics. If companies are found to put politics over the interest of shareholders, they should be sold. The job of managing the Old North State’s assets should be based on sound financial decisions and not politicking.

Unlike our lawmakers, corporate executives are not elected by the people. But in states like Georgia, CEOs tried to trample a law passed by duly elected representatives and the governor. Several companies, including Coca-Cola, criticized the state’s voter ID laws; while other corporations, like Major League Baseball, actively pulled business out of the state, harming many small businesses in Georgia in the process.

Like North Carolina, Georgia has a massive public retirement fund with nearly $11.2 billion invested in the stock market. Roughly 80% of their ten largest equity holdings — about $1.5 billion — was invested in companies that signed the letter criticizing Georgia’s voting law. Put another way, the State of Georgia’s pension systems are invested significantly in the very companies that are bashing them, advocating for businesses to leave the state, and hurting the economic livelihood of the residents. The people of Georgia can choose to stop feeding the beast that is trying to tear the state down over political disagreements.

Conservatives have been stuck at a crossroads where they want to push back against the talking points of woke corporations while also protecting the workers of those corporations. While some may be tempted to boycott the businesses or leave them to be buried by the massive taxes President Joe Biden has proposed, many are trying to strike a more nuanced balance. As Rep. Kevin Brady (R-TX) summarized, “At the end of the day, we [Republicans] are not fighting for the CEOs, we are fighting for their workers, for their customers and certainly the communities they are invested in.”

Political leaders can protect the communities they serve while also standing up for the policies they were elected to enact.

By changing the state’s investment strategy, conservatives can send a message to corporations while also finding the best value for retirees. If CEOs wish to criticize a state’s every move while threatening its workers, they should know that the state can choose to work with investors who want to build a state up rather than tear it down.