Snow Falls on Mother’s Day in Portions of Northern U.S. 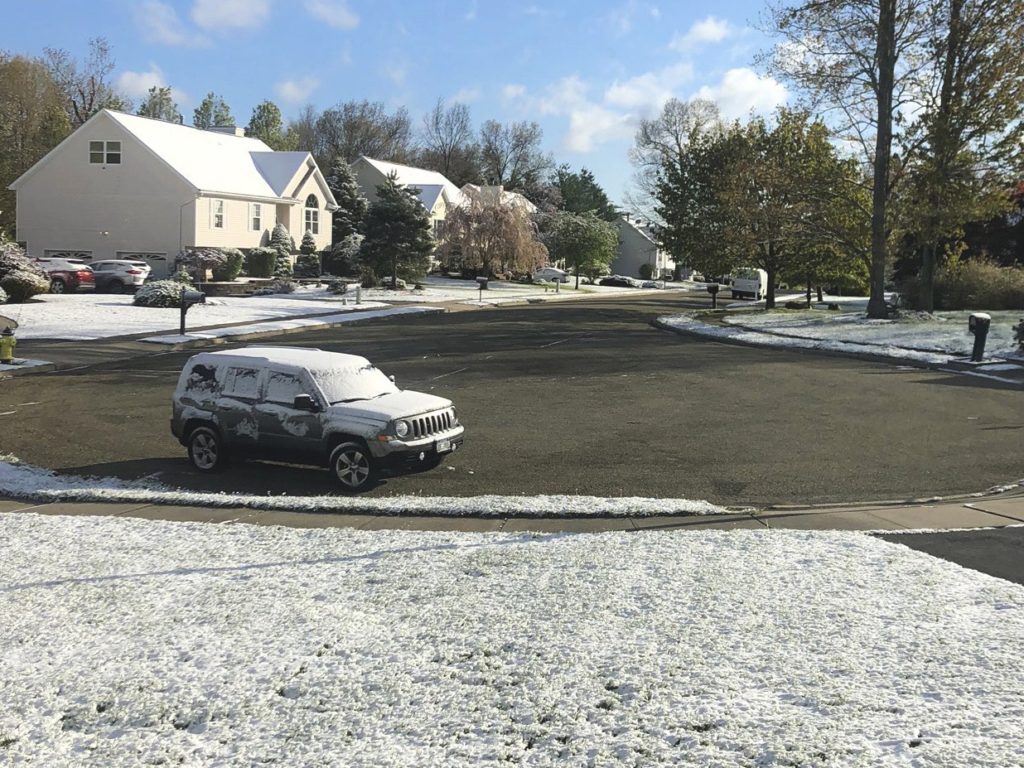 Snow fell in portions of the northern United States and Canada on Mother’s Day — a rare May event that is the result of unusual late spring weather patterns that are seen about once every decade or so.

[F]or a very narrow strip that finds itself in the heaviest precipitation, heavy, wet snow flakes will mix in. That’s because when the atmosphere is borderline cold enough for snow, a phenomena called dynamic cooling from the heavy precipitation band itself can cool the column enough to generate snow.

So, what is causing this unusual pattern? You may have noticed that cool temperatures have been slow to lessen their grip this spring. That’s because there is an atmospheric condition that meteorologists call a blocking pattern near Greenland. This is when a ridge of high pressure — you can think of it as a mountain of warm air in the atmosphere — gets stuck over the Polar regions of eastern Canada and the North Atlantic.

The result is cold pockets of air that would normally be way up north get pushed out and displaced south across the northern U.S. This stubborn pattern has been around since the beginning of April. In fact, we can trace this pattern all the way back into winter when Texas and the Central U.S. suffered with historic cold. In climate, these blocky patterns are sometimes tough to break down, especially when they are as robust as what we saw this past winter.

The Mother’s Day snow is not the heaviest known to have fallen in May. In 1977, a blizzard struck the northeast in similar conditions:

On the evening of Sunday, May 8, 1977, Mother’s Day, a double-barreled storm struck: one centered north of Lake Ontario and the other near Harrisburg, Pennsylvania, slid off the coast and, 24 hours later, by May 9th had consolidated into one storm system that rapidly intensified southeast of Cape Cod. A mass of unseasonably cold, Canadian air wrapped itself around the developing storm and produced a cold rain which ultimately changed over to heavy, wet snow.

The result was a particularly unique situation.

Unique since accumulating snow fell so late into the spring with very few historical precedents. There were some astounding totals such as 12.7 inches at Worcester, Mass., and 7.5 inches at Providence, R.I., the only case of measurable snowfall in the month of May in the 20th Century.

The polar “blocking” is expected to keep temperatures in the region for at least another week.