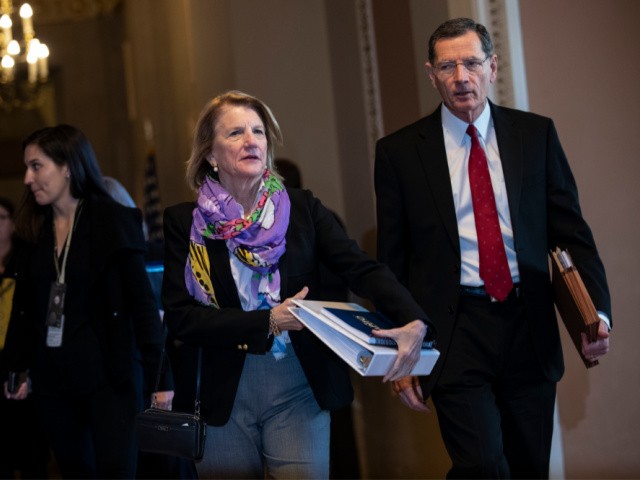 “Based on today’s meeting, the groups seem further apart after two meetings with White House staff than they were after one meeting with President Biden,” Fox News reported, based on a statement from Republican Sens. Shelley Moore Capito (R-WV), John Barrasso (R-WY), Pat Toomey (R-PA), and Roger Wicker (R-MS).

“Senate Republicans will further review the details in today’s counteroffer and continue to engage in conversations with the administration,” the report concluded.

GOP Senators needling President Biden to get *in the room* as they engage on WH infrastructure counteroffer — saying they are further apart after two meetings with staff then they were after one with Biden. pic.twitter.com/G2VhAxySiX

The White House barely budged Friday, offering a new $1.7 trillion infrastructure deal to Republicans. The second offer is only $600 billion less than the first and far from the Senate Republicans’ $568 billion plan.

“In our view, this is the art of seeking common ground,” White House press secretary Jen Psaki said.

But there appears to be no budging from the White House on raising taxes. Senate Minority Leader Mitch McConnell and House Minority Leader Kevin McCarthy firmly stated they are not interested in altering the 2017 tax cuts, which the plan presumably still maintains.