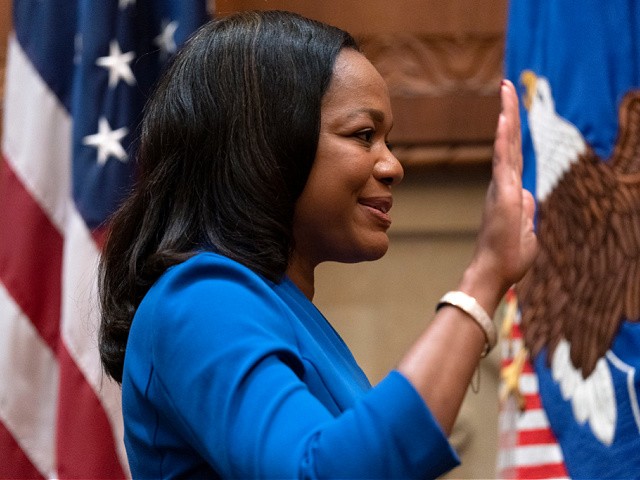 The Senate confirmed Kristen Clarke to head the Justice Department’s Civil Rights Division with only one vote from Sen. Susan Collins (R-ME).

Clarke was confirmed as the first black woman to run the Civil Rights Division with a close 51-48 vote Tuesday afternoon. Sen. John Kennedy (R-LA) did not vote. Senate Minority Leader Chuck Schumer (D-NY) reportedly called this vote “particularly poignant and appropriate” as it came on the one-year anniversary of the death of George Floyd.

Democrats have praised voting for Clarke, saying her two-decade-long career as a civil rights attorney made her uniquely qualified to lead a unit.

Chairman of the Senate Judiciary Committee Dick Durbin (D-IL) previously released a statement supporting Clarke, saying she is “the right person to restore credibility to the Civil Rights Division.” He also added, “at this moment in history, our country needs her combination of expertise, experience, skills, and thoughtfulness to ensure the Civil Rights Division will again work for all Americans.”

The Republicans in the Senate had great opposition to her confirmation. On the eve of her confirmation vote, Senate Majority Leader Mitch McConnell took to the Senate floor calling Clarke unfit for the Justice Department due to her past far-left comments. He argued Clarke will be working in the Justice Department but has argued Americans “must invest less in police.”

McConnell had continued to bring light the time at Harvard in which she “invited, welcomed, introduced, and then defended a famously antisemitic guest speaker who had authored a book literally entitled — now listen to this — The Jewish Onslaught,” he said.

Tuesday, Sen. Ted Cruz (R-TX) released a statement saying, “Let me be clear: Kristen Clarke is completely unfit to serve as Assistant Attorney General for the Civil Rights Division.” He added that “Clarke is one of the most radical nominees ever put forward for any position in the federal government, and today Democrats have voted to give her a top position at the Department of Justice.”