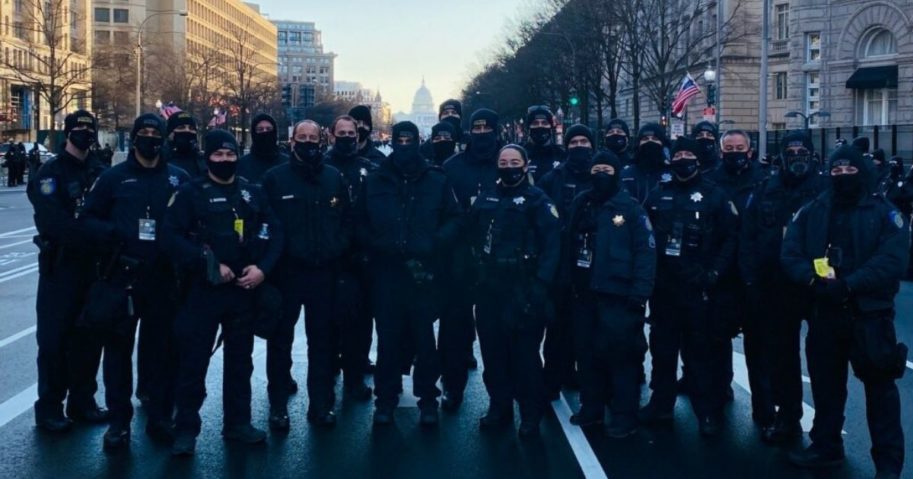 Amid national outcries to “defund the police,” the city of Sacramento is looking to increase police spending by almost six percent.

The police budget is proposed to increase to an “all-time high” of $165.8 million in the next fiscal year that begins July 1, according to the Sacramento Bee.

The increase comes despite the creation of the Department of Community Response, which will replace the police in responding to some emergencies that involve mental health issues, homeless individuals and domestic violence.

City Manager Howard Chan put the increase in the overall $1.3 billion budget to covers a variety of costs, including five new officers, which would bring the number of budgeted officers to 756.

Police were granted a 3.5 percent pay hike in their latest contract.

The budget also recognizes the cost of providing oversight by funding new body cameras as well as investing $1.5 million in the data storage needed to hold the videos from the bodycams, according to Fox News.

🇺🇸SPD was honored to stand side by side with law enforcement from all over our country in Washington DC this week for the #Inauguration . 🇺🇸

🚔SPD LT Chandler had the pleasure of meeting Chief Contee of the @DCPoliceDept #sacpd pic.twitter.com/4IAFPFCd9Z

The budget also provides $880,740 for “less-than-lethal” equipment needed to deal with protests and riots.

Multiple major cities have reduced their police budgets, according to Bloomberg.

And in Sacramento, the increase will face opposition from City Council member Katie Valenzuela.

“To put more money into law enforcement when we’ve said as a city we want to move in another direction, it doesn’t line up,” said Valenzuela, according to the Sacramento Bee.

Is cutting police spending a sure route to more violence?

Some in the community also oppose the spending. “Wasn’t the whole point that we were going to shift some things away from police? So why would they need more money?” said Flojaune Cofer, activist and chair of the city’s Measure U Citizen Advisory Committee.

“Given everything that’s happened over the last year, why is that where we’re placing our dollars?” she said.

Mayor Darrell Steinberg said that shifting $10 million from the police department over the next two years as a first step to create a new response system does not mean police spending can be cut.

“I’m not for ‘defunding,’” Steinberg said. “There are some things that are part of running a city, like collective bargaining and binding arbitration, and genuine needs for the police department.”

RELATED: Charles Barkley Comes Under Attack for Giving the Real Facts of the Breonna Taylor Case

“I’m not going to get pinned to the argument that the measure of whether or not we are investing in the community in an aggressive way is whether or not we’re taking the money directly from the police department,” Steinberg said.