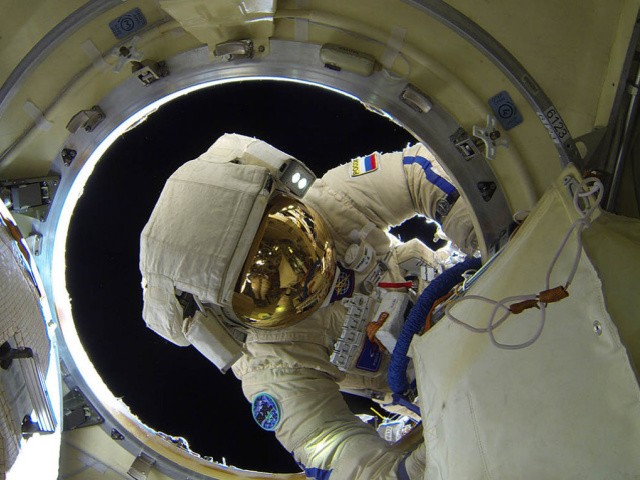 Russia’s space agency announced plans on Thursday to send a film crew to the International Space Station (ISS) in October as part of its efforts to become the first nation to shoot a fictional movie in space.

“Filming will take place at the International Space Station. The start of the expedition is scheduled for 5 October 2021 from the Baikonur cosmodrome on the Soyuz MS-19 manned transport spacecraft,” Russia’s state-run space agency Roscosmos said in a statement on May 13.

The Baikonur cosmodrome is a spaceport for orbital and human launches managed jointly by the Roscosmos State Corporation and the Russian Aerospace Forces. It is located in southern Kazakhstan on land leased to Russia.

“Training for the mission is to begin no later than June 1 and will include tests on a centrifuge, vibration tests, parachute jumps, and flights on a zero-gravity plane,” Radio Free Europe/Radio Liberty (RFE/RL) reported on May 14.

Roscosmos Director General Dmitry Rogozin and Channel One, a Russian state-owned TV network, will co-produce the film, which has the working title of Vyzov, or Challenge in Russian. Roscosmos described Challenge as a “space drama” at a press conference on Thursday, adding the film aims to “popularize Russia’s space activities, as well as glorify [the] cosmonaut profession.”

The general director of Channel One, Konstantin Ernst, said on May 13 he hopes the film project helps Russians rediscover their “love and passion” for the human spaceflight program.

Roscosmos staged Thursday’s press conference in part to announce that it had chosen a director, Klim Shipenko, and lead actress, Yulia Peresild, for Challenge. Both Shipenko, 37, and Peresild, 36, are Russian citizens with successful film careers.

“According to the press service, Channel One will shortly announce a Russia-wide open contest, where the female protagonist will be selected, as well as her stunt double. The winner will have to undergo training at a school for cosmonauts and be ok’d by the flight commission of Roscosmos,” Russia’s state-run news agency Tass reported on November 2.

Roskosmos’s announcement of Challenge‘s start date on Thursday comes after the U.S. space agency NASA confirmed plans last May to film a movie starring the U.S. actor Tom Cruise at the ISS. NASA has yet to reveal when it plans to shoot the film.

Roscosmos announced separately on May 13 that it will resume tourist flights to the ISS by the end of this year. The Russian space agency said it plans to send Japanese fashion tycoon Yusaku Maezawa, 45, on a 12-day trip to the ISS starting December 8. Russia last sent a tourist flight to the ISS in 2009.

“The resumption of tourist flights comes after Roscosmos lost its monopoly for ferrying crews to the ISS when a reusable SpaceX rocket last year successfully delivered NASA astronauts to space,” the U.S. government-funded RFE/RL noted on May 14. SpaceX, or the Space Exploration Technologies Corp., is a U.S.-based aerospace manufacturer and space transportation services company founded and run by the South African-born entrepreneur Elon Musk.