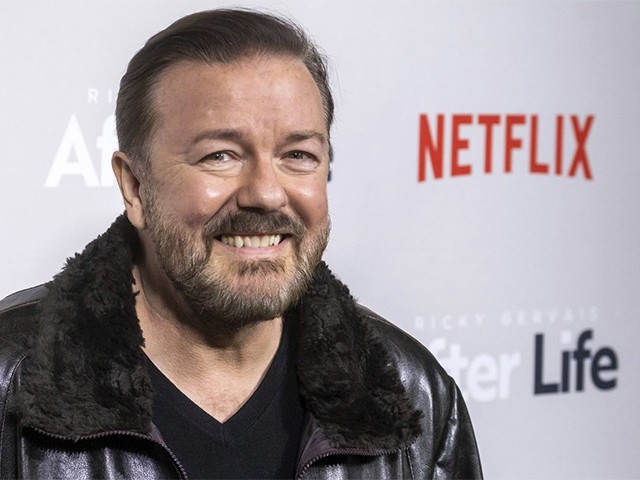 Actor Ricky Gervais says he is “shocked and appalled” to hear about misconduct allegations against Charlie Hanson, a producer on his Netflix series After Life.

“I am shocked and appalled to learn of the historical allegations made by a number of women against Charlie Hanson,” Gervais said in a statement Saturday, according to Entertainment Weekly.

“The decision was made to immediately remove him from production and I am confident the matter is being handled thoroughly,” the actor added of his longtime collaborator, who has been involved with the first two seasons of After Life.

The accusations against Hanson were exposed following anonymous emails that were sent to both Netflix and the British Academy Film Awards (BAFTA), which detailed complaints and allegations from 11 women between 2008 and 2015.

In one email, a woman claimed that “Charlie Hanson is a predator who uses his reputation, connections, and standing in order to groom far younger, impressionable, and sometimes vulnerable women into trusting him,” according to a report by the Times of London.

The producer has repeatedly denied the allegations against him.

A Netflix spokesperson confirmed that Hanson is no longer a producer on After Life, telling Deadline, “On Monday, we received an anonymous email containing historical allegations about a producer on one of our titles.”

“Whilst the allegations are unrelated to his time on the show, we immediately removed him from the production and referred the matter to the police,” the spokesperson added.

BAFTA also confirmed that it has suspended the producer’s membership, telling Deadline, “We have been presented with a number of very serious detailed allegations about an individual and while we are not their employer we immediately took the decision to suspend their membership.”

“BAFTA is an arts charity and does not have the power to investigate historic claims of abuse therefore we have referred the matter to the police,” the spokesperson added. “The behavior that these accounts allege is abhorrent, in complete opposition to BAFTA values, and has no place in our industry.”

Hanson is the latest British media figure to face misconduct allegations. Last month, Doctor Who actor and producer Noel Clarke fell under scrutiny after 20 women accused him of harassing them on the set of the show, reports Entertainment Weekly.

The accusations have also resurfaced stories of fellow Doctor Who actor John Barrowman exposing himself to co-workers on set.