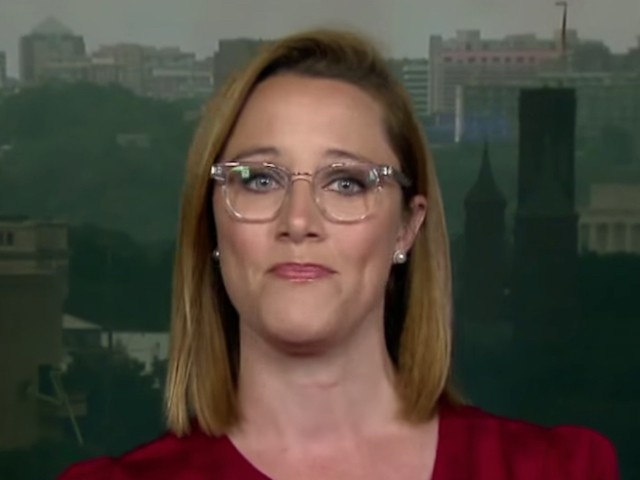 CNN’s S.E. Cupp said Friday on “The Lead” that Republican Senators voted down the Capitol riot commission because they were “worried” it would implicate them.

Cupp said, “Well, my question to the Republican Party would be, what are you here for? What is your function? If not to, you know, preserve the republic and protect American democracy? If you have no curiosity about what happened on January 6, first of all, I think it’s just because you believe it will implicate you. But also, I’m not sure what you stand for as a party. It’s certainly not the Republican Party I was taught about in school and learned as a young adult and joined as a young woman. If you look at the way America is set up and the two parties are set up, the point of having two strong parties is to bring a competition of ideas to the table.”

She continued, “One party is bringing those ideas. I might not agree with many of them, but the other table is coming to that meeting speaking gibberish, with nonsense, talking about Dr. Seuss and Mr. Potato Head and conspiracy theories and lies, making inane, absurd comparisons between the Nazis and mask mandates, and literally not showing up to do their jobs. So we don’t have two strong parties, that’s clear. We have almost a failed party on the one side. That’s awful for the country. It’s also just incredibly embarrassing to watch an American political body cower as they have, just to fetishize and service the emotional narcissism of one guy. The guy, by the way, who lost it all for you, who lost. It’s maddening. It’s maddening. When I watch women like you had on, who lost people on that day, it’s worse than maddening. It’s infuriating. It’s a disgrace.”

Cupp added, “It happened on our doorstep. It happened in our front yard, at the United States Capitol, to not want to know more about that, to not want to ask questions on the record and find out how to prevent this from happening again, is completely indefensible. It’s indefensible. There’s no good reason other than you think it will implicate you. I think that’s what Republicans are worried about.”