‘Propaganda Filtered Through Bloomberg Has a Massive Effect on Our Country’ 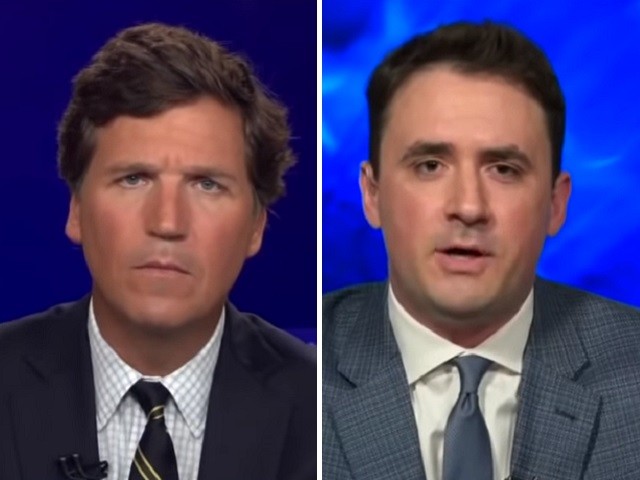 According to Marlow, this type of behavior was indicative of a trend throughout the American mainstream media landscape.

CARLSON: Alex Marlow runs Breitbart News. He’s the editor-in-chief. He’s just finished a long investigation of the connections between big American media and the Communist Party of China and there are connections.

You’ll remember that back in 2014, Michael Bloomberg conceded that in fact, he does let China, the government censor Bloomberg News.

QUESTION: Over the past year, there’s been questions about the journalism going on in China and whether the company and its effort to grow has muzzled.

MICHAEL BLOOMBERG, FOUNDER AND CEO, BLOOMBERG NEWS: In China, they have rules about what you can publish. We follow those rules. If you don’t follow the rules. You’re not in the country.

We write the stories that we think are interesting and we distribute them where they are allowed to be distributed.

CARLSON: We follow the rules. Well, it turns out the rest of us should have followed up on that. Alex Marlow did. He found that Bloomberg executives regularly flew to China to meet with senior officials in the Chinese Communist Party. Those would include that country’s deputy propaganda minister, you can read the details of all of this in his new book called “Breaking the News: Exposing the Establishing Media’s Hidden Deals and Secret Corruption.”

Alex Marlow, we’re happy to see you join us tonight. Alex, thanks so much for coming on.

This is one of those stories that I think all of us remember at the back of our heads, whatever happened to that? You found out.

This is book length, but in the next three minutes, just outline what you found about these connections.

ALEX MARLOW, EDITOR-IN-CHIEF, BREITBART NEWS: Sure, Tucker and I’m thrilled to share some of the details of my bombshell investigation into corporate media. And this isn’t just a book about simple liberal bias.

If you’re watching a show like this or reading Breitbart, you know, it goes so much deeper than that. This is about weaponized corporate media against the individual and how deep ties are to some of the worst entities in the world, including the Chinese propagandists.

Now, there’s this group called the SCIO, the Southern Central Information Office. I’m sorry, the China’s information — State Council Information Office, I apologize for that, and they control the licensure into whether or not Bloomberg has access to the gigantic market of China for their Bloomberg LP business.

But it’s also known as the state’s propaganda office. And so what they’ve done is they’ve sent deputies, including a guy named Kevin Sheekey. Kevin Sheekey went on to become the campaign manager for Michael Bloomberg and he went multiple times. Bloomberg himself went in 2015 and they would have these meetings with these Chinese propagandists.

And the design, I believe, is to extend the licensure, which is up for renewal every 24 months. So what we saw with the conversations, according to the SCIO propagandists, they all involve a couple of themes and these themes are developing Chinese media relationships with United States media companies, and presenting China and Chinese stories to the world.

I don’t know if this is still going on, but Sheekey comes in. He is the Vice President of Bloomberg. He goes into Bloomberg’s campaign. Now, he’s back at Bloomberg. But he is not alone.

This goes throughout the company and it continues as far as we know and it is not limited to Bloomberg.

CARLSON: What’s so distressing about this is most of our audience, I would imagine, doesn’t watch Bloomberg. But if you work on Wall Street, you definitely do. You’ve got Bloomberg software on your desk. I mean, people are using Bloomberg News to understand world financial markets. And so propaganda that’s filtered through Bloomberg has a massive effect on our country.

MARLOW: That’s correct. And it’s also representative of what I believe is a media establishment in the United States of America that is willing to compromise on basic American values.

Bloomberg ran for President of the United States. He’s currently the U.S. envoy to the U.N. on climate. He has excused Chinese abuse of the environment and pollution. He has also excused the fact that Xi Jinping who is a dictator, he said he’s not a dictator. He’s willing to do a lot of work with a regime that does not have a First Amendment, yet he wanted to be President.

He’s a huge Democratic mega-donor, Tucker, but perhaps most importantly, he is one of the biggest employers of journalists on the planet as we know it. And this type of guy is willing to work with Chinese propagandists who do not believe in free speech.

Alex Marlow, I appreciate your coming on tonight. Congratulations on the book. And thank you for your reporting.