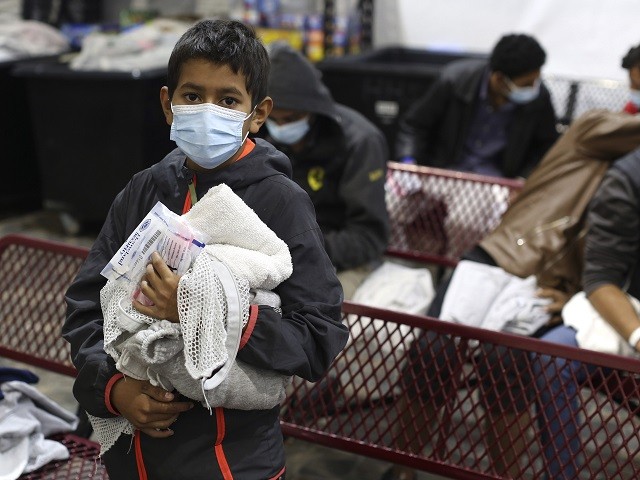 In a CNN news story, a White House official, speaking on a condition of anonymity, provided figures showing a reduction from 5767 unaccompanied children on March 28 to 954 as of April 28. These numbers reflect only the movement of the children from CBP custody to Health and Human Services (HHS) Emergency Intake Sites.

As reported by CNN, these statistics are consistent with data provided by HHS. However, they tell only a tiny piece of the story. The truth of the situation, according to HHS data is far from progress or success. In fact, no other statistic showed any reduction other than how many children were shuffled from CBP to HHS custody.

The numbers, according to HHS, bear out the following:

The progress touted is merely a shell game of where the children are held, not a reduction in the flow. Since the Biden administration took office, the flow rate of unaccompanied children entering the United States illegally rose by 260 percent from over 5,000 in January to over 18,000 per month in March, according to CBP statistics.

The costs associated with the detention of UACs rose as well. HHS estimates the cost to house each unaccompanied child in an Emergency Intake Site is approximately $775 per day. The cost is lower at other HHS shelters which provide more permanent housing. Based on their cost estimates, daily expenses for the care of the UACs in HHS custody exceed $9 million per day.

HHS has opened 17 Emergency Intake Sites to deal with the influx since March 1. Some have come under scrutiny for COVID-19 and sexual abuse allegations. The situation at the southern border is still a crisis. Overall, the number of migrants arrested is up, got-away numbers are up, and the flow of unaccompanied children shows no signs of slowing.