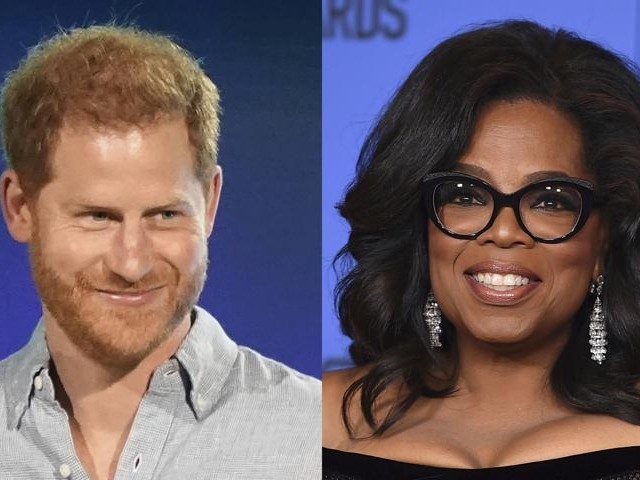 Prince Harry told Oprah Winfrey last Friday he will “will never be bullied into silence” and now he is delivering on his promise.

The pair are ready to reprise their public conversation on all things touching on mental health, Apple TV+ said Wednesday, revealing the recent series involving the two delivered a 25 percent jump in new viewers to the streaming platform.

The 36-year-old Royal will appear alongside the chat show queen in The Me You Can’t See: A Path Forward.

This will be a Town Hall-style discussion set to air Friday as an extension of their last exchange in which Harry launched an all-out public attack on his family, alleging “total neglect” and saying his mother was “chased to her death while she was in a relationship with someone who wasn’t white.”

News of another round of Royal talk of caring and sharing came 24-hours after Nigel Farage said America can keep Meghan and Harry as they are not wanted back in Britain, accusing them of simply being too lazy to fulfil their duties.

As Breitbart London reported, Farage was appearing on Stuart Varney’s Fox Business program when the Brexit leader was asked whether the British would the Duke of Sussex back, “please.”

“No, he’s yours I’m afraid. He’s our most recent export to the USA,” Farage joked.

“I don’t want to see him back in the United Kingdom, but I have a feeling that before too long Americans will see through this victimhood story as well,” he predicted.

Now the Daily Mirror reports the next Harry and Oprah show will feature some of the stars who were originally interviewed including Glenn Close while offering the Royal the opportunity to expound on more observations of life in the U.S. and its political customs.

Described as a virtual town hall, several experts and advisors are also due to appear for a conversation during Friday’s show to talk about mental health and emotional well-being.

The Me You See is a five-part documentary that marked Harry’s first outing as a producer since he and his wife Meghan exited Royal duties and moved to Montecito, California, last year.

It was also Prince Harry’s second sit down with Oprah, following the earlier interview the Sussexes took part in this March.