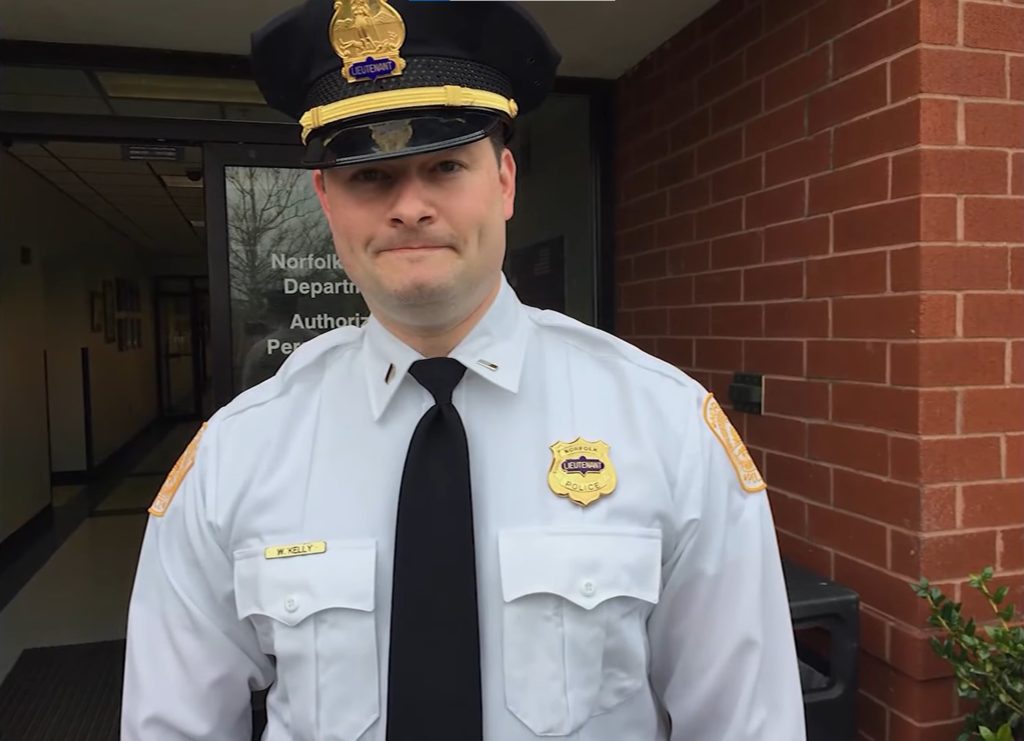 Norfolk, Virginia, police Lt. William Kelly was fired from his job days after it was revealed that he donated to a fundraiser benefitting Kyle Rittenhouse.

Fox News reports that Kelly “was only roughly 10 months from being a 20-year veteran of the department” when he was fired. The Associated Press indicated Norfolk city officials said Kelly was “relieved of duty.”

The firing left Kelly scrambling to find health insurance for his cancer-stricken wife.

He also has to provide for his three children.

Kelly’s donation to the Rittenhouse fundraiser included a message: “God Bless. Thank you for your courage. Keep your head up. You’ve done nothing wrong. Every rank-and-file police officer supports you. Don’t be discouraged by actions of the political class of law enforcement leadership.”

After being fired, Kelly told Fox News, “I thought I was a free man in America expressing his personal opinion to somebody, giving some words of encouragement and making a simple donation.”