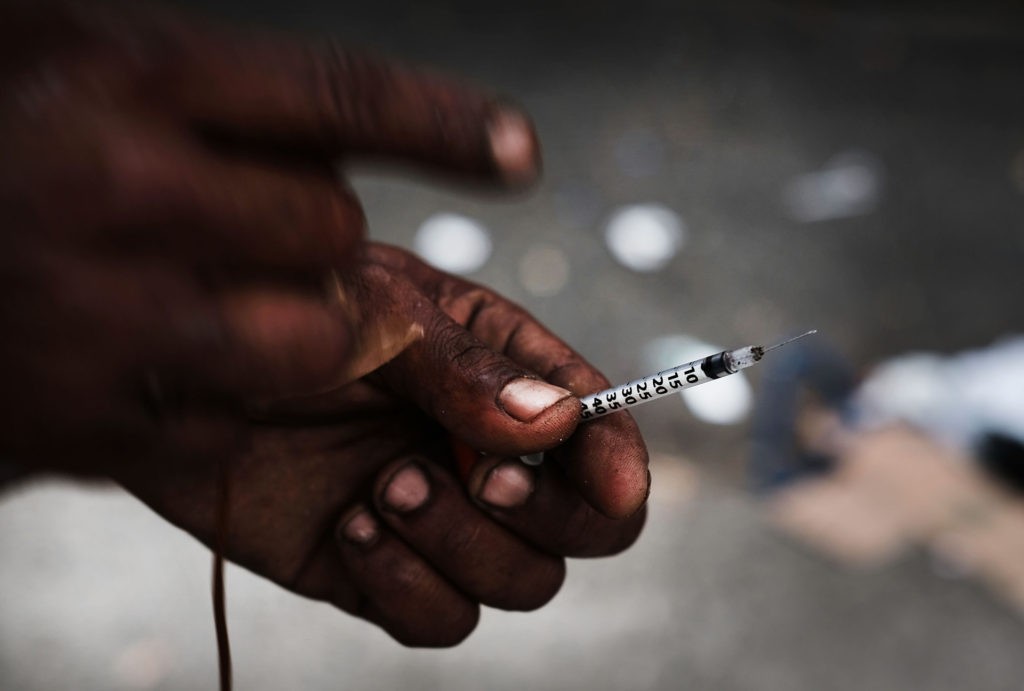 The New York Police Department (NYPD) gave in last week, after orders from Albany, and told officers to let drug addicts shoot up on the streets and share needles.

“Effective immediately, members of the service should not take any enforcement action against any individual who possesses a hypodermic needle, even when it contains residue of a controlled substance,” a directive to NYPD commanders obtained by the New York Post read.

Senate Bill 2523, which was cited in the order, decriminalizes the possession or sale of the needles and syringes.

Albany pols, NYPD order cops to do nothing as drug addicts shoot up https://t.co/QCqzWscgsF pic.twitter.com/j9oLGxUG63

“This law says stick a needle in your arm, pump your body with poison and lose your life,” state Sen. Andrew Lanza (R-Staten Island), commented.

The measure was signed into law by Gov. Kathy Hochul (D) last week.

The department’s decree also told officers “it is no longer a violation of law for an individual to possess a hypodermic needle, even when it did not come from a pharmacy or a needle exchange program.”

That meant addicts were free to get needles on the black market, or share them with others which posed a risk and created more dangers for the user and community.

“This law is a monument to how far we’ve deteriorated as a society in our relationship to the misuse of drugs,” Luke Nasta, CEO of Camelot Counseling, told the Post. “The more permissive we get as a society the harder it is for people struggling to rehabilitate.”

New Yorkers struggling with addiction should have access to the medication assisted treatment they need — this includes those in our criminal justice system.

The decriminalization of drug paraphernalia showed a sharp left turn by Hochul, according to State Conservative Party Chairman Gerard Kassar.

“This is not even a standard Democratic view. This is a progressive Democratic view and that’s what she’s signing on to here,” Kassar asserted. “It all seems to be very oriented toward keeping the socialist progressive movement happy and she is working to protect herself against (likely NYC-based primary opponents) Tish James or Jumaane Williams.”