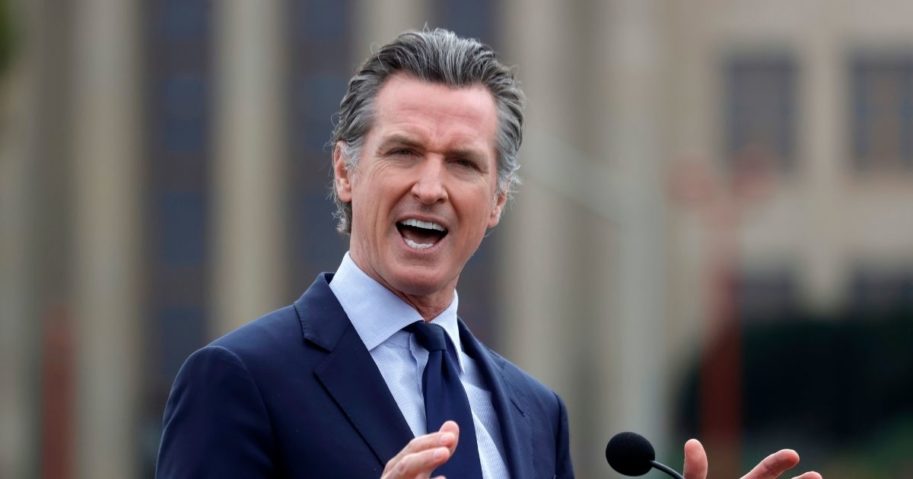 The $6.2 billion in cuts assures that businesses do not have to count Paycheck Protection Program loans from the federal government as taxable income and allows the expenses the loans were used for to also be deducted, KFSN-TV reported.

“California’s small businesses have been hampered and hammered by this pandemic, and we are using every tool at our disposal to help them stay afloat,” Newsom said in a media release.

“Help is on the way in the form of a $6.2 billion tax cut, which will provide support, not to large publicly traded companies, but to the mom-and-pop businesses – the beauty salons, restaurants and dental offices – which have been resilient during this difficult time. This small business tax relief is exactly what is needed to keep businesses open so they can continue paying their employees.”

While tax cuts are almost always a positive thing, these should have not been necessary in the first place.

Until recently, California had some of the strictest coronavirus restrictions in the country, which took a horrifying toll on the state’s economy.

The restaurant industry alone took a bullet, with an estimated 30 percent of restaurants closing permanently, according to a California Restaurant Association survey from August 2020.

California was the last state to ban indoor dining on a wide scale, making it a leadership issue, not a public health issue.

Are we following the science?

California is the ONLY state still banning indoor dining.

Hundreds of San Diego County restaurants have reopened in defiance of @GavinNewsom‘s lockdown orders, and have received “overwhelming” support.

Newsom and his fellow Democrats in Sacramento are expecting a pat on the back for doing the bare minimum because they apparently think voters have amnesia.

This deduction for small businesses does not get rid of the fact that the Golden State has some of the highest income, sales, and property taxes in the nation.

And let’s not forget the fan favorites — a ten-cent tax on plastic bags and a 50.5 cents tax on each gallon of gasoline.

These tax cuts are nothing but a performative stunt by the governor amid the growing possibility that he will be recalled this fall.

Newsom has repeatedly dismissed the recall effort as a campaign by the fringe right, despite plenty of Democrats and left-leaning independents signing the petition.

This Republican recall threatens our values and seeks to undo the important progress we’ve made — from fighting COVID, to helping struggling families, protecting our environment, and passing commonsense gun violence solutions.

There’s too much at stake. pic.twitter.com/5ZEszlrcYl

It’s true. Newsom is awful. Bailed out private utilities that caused massive fires. Doled out fracking permits. But thanks for the porta pottys under freeway bridges. So much more humane than homes! 🙄 #getout https://t.co/uZ5tWpfDP4

His actions, such as announcing that California will fully reopen on June 15, are recognition that he is concerned about losing his job, and he should be.

Californians deserve much better than ignorant leadership, which crushed livelihoods in return for scraps and a false sense of security.