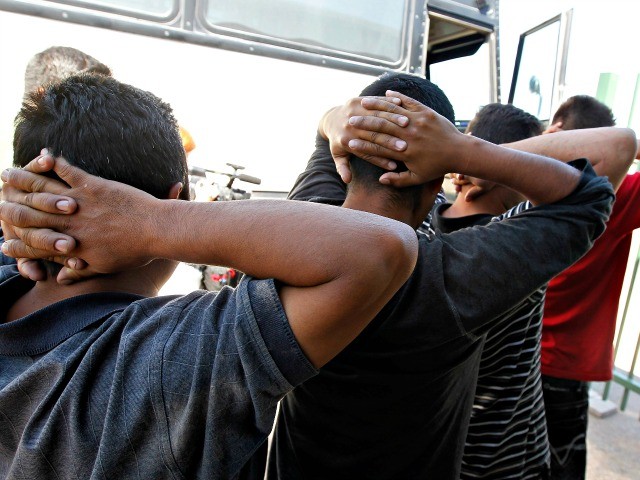 Elected Democrats in New Jersey are looking to ban police officers in the sanctuary state from seamlessly turning criminal illegal aliens over to the Immigration and Customs Enforcement (ICE) agency for arrest and deportation.

The plan would prevent the law enforcement agencies from renewing their 287(g) agreements with ICE if passed out of the state legislature and signed into law by Gov. Phil Murphy (D).

“Detention centers and correctional facilities in New Jersey have a history of poor conditions, including inadequate medical and mental health care, use of isolated confinement, and incidents of violence and retaliation against people in detention,” the legislation reads:

In keeping with its obligation to protect and advance the health and just treatment of all people within the State of New Jersey, it is therefore the intent of the Legislature to prevent new, expanded, or renewed agreements to detain people for civil immigration purposes. [Emphasis added]

Already, Mayorkas has unilaterally ended ICE’s 287(g) agreement with Bristol County, Massachusetts, as well as terminating DHS use of detention facilities in Massachusetts and Georgia — both of which hold criminal illegal aliens.

For months, House and Senate Democrats have been lobbying Biden and Mayorkas to entirely eliminate ICE’s 287(g) program.