Although mainstream media lost interest in the baby formula crisis, the nationwide shortage has worsened in recent weeks.

70 percent of all brands reported out-of-stock, with Rhode Island and Vermont the hardest hit with out-of-stock rates at 79 percent and 78 percent, respectively.

The Biden Administration tried to alleviate the crisis by making it it easier for foreign manufacturers to get shipments into the US.

However, parents struggling to feed their babies feel like the Administration ‘just forgot’ about the crisis.

“Amber Bergeron, who took to Facebook about the hardships of finding formula for her preemie twins, has described the ongoing crisis as ‘disgusting,’ noting she is ‘sure these politicians’ babies eat,” Daily Mail reported.

“Chris Arroyo, whose daughter needs a specialty formula, said he is frustrated that the Administration keeps giving families the vague timeline of ‘upcoming weeks’ when discussing solutions to the ongoing shortage.”

Biden’s solution to the ongoing shortage has been to fly in foreign formula to try to plug the gap, but the 802,446 bottles that arrive per shipment barely line the stomachs of the 3 million babies born every year.

Danone, who has agreed to supply 1.3 million cans of Aptamil to the U.S., shipped out more than 750,000 this week. The initial shipments are already on shelves and online at Walgreens, Safeway and some other retailers.

The additional 550,000 cans that are en route from New Zealand will likely be available in August, the company claims.

The Biden Administration revealed last week that as of July 24, the Operation Fly Formula program has transported the equivalent of 61 million 8-ounce bottles of formula into the U.S.

But Bergeron – like many other parents – fears the efforts aren’t enough.

‘We were put in a position that no mothers should be put in,’ she previously told Fox News. ‘We feel helpless. We feel like, as a community, we are trying to take care of this instead of [the right people] stepping in.

‘People are not paying attention to what’s really going on here and the severity of it, but it’s still happening. It’s like they just forgot.’ 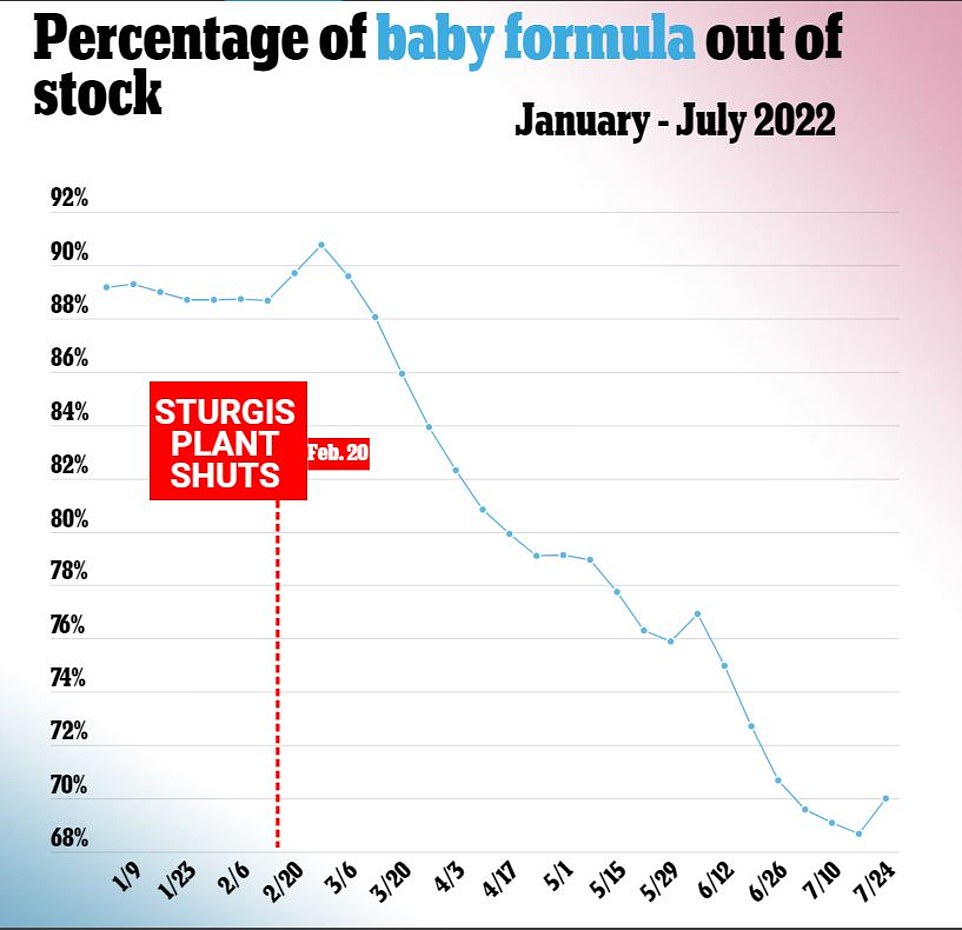