My Re-Election Will Be a Referendum on the Republican Party 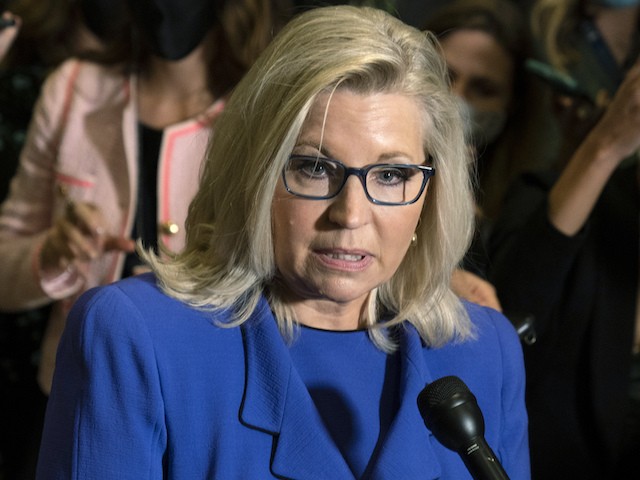 Rep. Liz Cheney (R-WY), the embattled former Republican conference chair, during an interview Wednesday with the Wall Street Journal’s “Women, Power and Equity” event, said she sees her “re-election bid as a referendum on the future of the Republican Party.”

The Wyoming Republican said voters are “potentially facing a choice between what she sees as traditional conservative values and loyalty to former President Donald Trump.” She said she already sees the upcoming 2022 midterm election as being a difficult one for her.

Cheney was ousted by her party from leadership earlier this month for having repeatedly criticized former President Donald Trump for his past statements on the 2020 election. She even went as far as to say she regrets voting for Trump.

Trump himself celebrated at the news of her removal going through, saying “Liz Cheney is a bitter, horrible human being,”

In her interview, she “anticipate[s] it’s going to be a hard-fought race,” adding that the race will probably receive a lot of national attention.

She continued to say, “I really do think it’s one that will be a moment where the people of Wyoming can demonstrate to the country our commitment to the Constitution.” Cheney believes the race will be “very important in terms of the future of the party and the future of our republic.”

Cheney, during the interview, reportedly took time to mention some of the policy issues she believes are important for voters in Wyoming, like “oil and gas leasing on public lands,” noting she barely had any policy-related difference with the former president.

Cheney was one of the ten Republicans who voted to impeach Trump. She said, “It became very clear that staying in leadership would require me to perpetuate the lie about the last election, perpetuate the big lie, perpetuate things that are dangerous.”

She told the Journal “she hoped Republicans would begin to rally around traditional conservative policy issues like military spending instead of Mr. Trump in the future.

Additionally, the Journal asked about a possible 2024 presidential run, where a hypothetical poll found her with only one percent support from Republican voters after she hinted at the move. She answered by saying she was first going to focus on running for re-election.

A poll from earlier this month showed Cheney to be in trouble in the midterms. The Club for Growth PAC poll showed the congresswoman with a net negative image. Additionally, Cheney’s unfavorable rating stands at 65 percent with a net rating of -36 percent.

Fifty-two percent also said they would rather vote for her opponent regardless of who runs against her, giving hope to challengers.

In comparison, the same poll also found Trump’s favorability numbers to be an overwhelming 60 percent net positive in Wyoming.

The Journal noted Cheney is already facing a possibility of having eight primary challengers for Wyoming’s sole House seat.