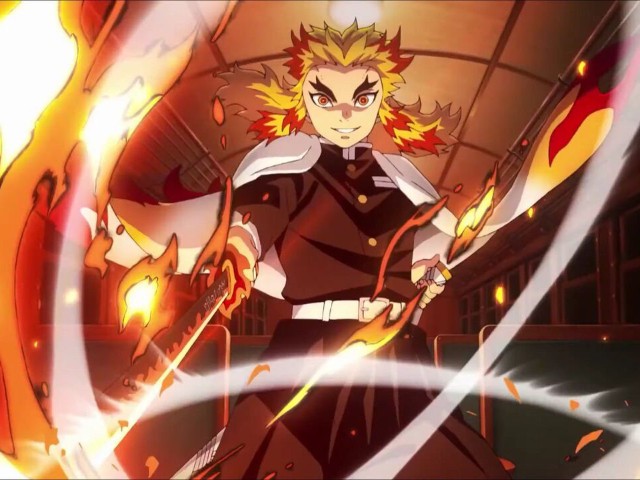 It’s somewhat rare that an anime film gains traction at the U.S. box office or even gets a theatrical release. Growing up, the only ones I remember are Yu-Gi-Oh! The Movie: The Pyramid of Light, Naruto: Ninja Clash in the Land of Snow, and of course, Spirited Away… and Demon Slayer: Kimetsu no Yaiba the Movie: Mugen Train is blowing them all out of the water.

The film is smashing records. In Japan, it’s the highest grossing film of all time. No caveats. It’s the second anime to ever top the U.S. box office (after Pokémon: The First Movie) and has earned almost $500 million worldwide. It’s the top performing anime ever, no matter how you slice it. What’s more impressive, is that it did this in spite of lockdowns and with an initial limited release. It’s been out for almost a month and is only now making its way to smaller theaters. I heard anecdotal accounts of people crossing state lines, camping out, and paying exorbitant ticket prices to see it on release.

So, is it just a dedicated fandom pushing the hype, or is the movie really that good?

Mugen Train is an immediate sequel to the show, Demon Slayer: Kimetsu no Yaiba‘s, first season. It is functionally a long episode bridging Season One with the upcoming Season Two and makes only minimal effort to orient viewers who aren’t caught up. That said, it doesn’t need to do so. If you can read the film title and understand that it’s about demon slayers on a train, and also possess a modicum of imagination, you’ll pick things up quickly.

It may be helpful to know that it’s set in Taisho-era Japan (1912-1926) and that main character Kamado Tanjiro’s sister Nezuko has become a demon who lives in a wooden box he carries on his back. Tanjiro is a Demon Slayer and works alongside his friends Hashibara Inosuke (who wears a boar mask) and Agatsuma Zenitsu (who only fights well in his sleep). If that’s not enough background then, luckily, anime characters have a habit of going into long soliloquies explaining their motivations and abilities.

Taken as a whole, the film is an artistic masterpiece. The soundtrack, the artwork, it’s all brilliant.

Music usually goes unnoticed in a film, or at best, passively appreciated. Not so in Mugen Train. In the first moment of combat sounds a triumphant brass theme that will be in your head for days. You’ll hear it again, but the composer changes the tempo and instrumentation to escalate its intensity as the plot progresses. It also appears in a strings arrangement, on the piano, in choral form, and even as a heavy metal riff, before culminating with an orchestral version that includes all of the prior iterations. Another theme for Rengoku Kyojuro (Tanjiro’s aspiring mentor figure) gets the same treatment while still other themes manage to leave an impression. It is masterful and adds so much.

Beyond that, the level of detail the artists have paid to the most minor things is astonishing. Far from skimping on the background designs, as is common, they put the scenery together well enough to allow an adult, fully aware they are watching an animated film, to enjoy the suspension of disbelief. In one particular instance, several characters stand atop the train which is passing through a wooded area and, though each remains on screen for less than half of one second, the trees look almost real.

It also continues the show’s fantastic job of balancing the dark premise and visual elements with just enough comic relief to avoid falling squarely into the horror genre. Most of the comedy stems from Inosuke’s country mannerisms and adamant belief that the eponymous train is, itself, a demon. Remember, it’s early 20th Century Japan, where country people don’t see “modern” technology every day, so these outbursts seem natural and don’t ruin the mood at all.

I can’t speak much to the original Japanese voice acting, but I can say that the English cast brought their A-game. Some people really hate English dubs, but I strongly disagree. Bryce Papenbrook’s rendition of Inosuke was top-notch and his delivery of the comic lines, in particular, did the character justice. Zach Aguilar, who voiced Tanjiro, showed off a strong range (and really aced the emotionally intense scenes), marking a well-deserved notch on his starring-role belt. The rest of the cast performed admirably, but those two were the clear standouts.

The plot itself is relatively straightforward. I won’t give away too much before the spoiler section (see below), but what deserves sincere acclaim is the characterization of the film’s villains. Viewers will genuinely sympathize with several of the antagonists and the revelation of their entirely mundane backstories goes a long way in giving Tanjiro’s world a greater sense of realism. The main exception is, unfortunately the film’s primary villain, whose name, Enmu, I had to look up later and whose backstory goes mostly untold.

In the final 30 minutes, the plot takes a very hard turn sideways that’s, honestly, very hard to justify. If the film were just a 3-4 episode arc of the show, it would be as though they tacked on an extra at the end to better set up Season Two. The film could have stopped 3/4 of the way through and been fine. The extension is by no means unforgivable, however, as the writers make good use of it to introduce an intimidating new villain while also giving Tanjiro a renewed sense of conviction to press on as a Demon Slayer.

There’s little unique about the Demon Slayer premise other than the time period. Demons are real. The main character is a young boy who joins a secret society that kills them. There are hundreds of shows like it. The franchise stands out because it’s nearly flawless in its execution and Mugen Train will stand as one of its best efforts.

It was absolutely worth seeing. Even if anime is something you’d normally avoid like the plague, give this one a shot. If you want to brush up on the series before seeing the movie, it’s on pretty much every streaming service. When you’re done with Season One and the film, you’ll be clamoring for Season Two.

***Spoilers Ahead*** You Have Been Warned

When I mentioned the characterization of the villains, I meant the kids who infiltrated the dreams of Tanjiro and his allies. Terminally ill children in so much pain they’d commit atrocities for the promise of merely dying a peaceful death is dark, but exceptional writing, and very on-brand for the series. It beats into viewers’ heads the harsh realities of life in Tanjiro’s world, which in this case, apply to the real historical setting. The writers get full marks for the reveal, too. Desperate, on their last legs, the children turn to physical violence to earn their dreams, only to fall to Tanjiro after one of them hesitates (having seen Tanjiro’s pure heart). His inaction leads the others to chastise him and let slip their terminal status prompting their enemy to show them mercy. It’s poetic.

I couldn’t stop laughing when Inosuke learned the train was, as he originally believed, a demon. The delivery was great and it came at just the right time, when tensions were rising and comic relief was necessary. They basically ran the same joke throughout the movie, but it worked. Apart from that, the more than slightly twisted dream sequences of Zenitsu and Inosuke terrorizing the kids earned a few much-needed laughs from me.

As I said above, every aesthetic element of the film was phenomenal. It’s the plot that mars its brilliance, but only somewhat. Enmu’s death could have been the end, should have been the end. At that point in the series, he was not only the physically largest demon (if you count him as the train) but one of the most ambitious, given his targeting of 200 train passengers at once. The Spider Family worked together and didn’t knock off 200 people. Killing Enmu off too early and introducing Akaza so late in the game just didn’t work.

It would be fine if it was the show, as villain after villain appear all the time with each passing episode, but since we are dealing with a two-hour program that needs some internal cohesion, his appearance comes off as forced. A tighter connection between Enmu and Akaza, such as a mentor-student relationship, could have easily lessened the problem, but we didn’t get that. And since we are usually treated to a demon’s backstory upon their death, the writers missed another opportunity to smooth the transition. Akaza shows up after Enmu’s death for no apparent reason at all other than that someone had to kill Kyojuro so that Tanjiro could feel validated in his efforts to cure Nezuko.

There were problems with the final scene, too. The film ends in failure. Tanjiro’s yelling at Akaza as he runs away, desperately insisting Kyojuro won, smacks of “I’m not owned!” to me. Yeah, all the passengers lived, but Akaza never threatened any of the train’s passengers. It’s a moot point. Enmu should have been a stronger villain, taking down Kyojuro, and forcing Tanjiro to deliver the killing blow. The film would have started and ended with the Hinokami Kagura.

The main payout there was Kyojuro’s acceptance of Nezuko as a member of the Demon Slayer Corps. It won’t have the same impact if you haven’t watched the show, but that is a big deal. It gives Tanjiro hope. We don’t know what the crow said to the other Hashira, but if it heard Kyojuro’s final words, it may have praised Nezuko to the others and changed a few minds. We’ll find out in Season Two.

Ben Whedon is an editor and international affairs writer at Breitbart News. Write to him at [email protected].