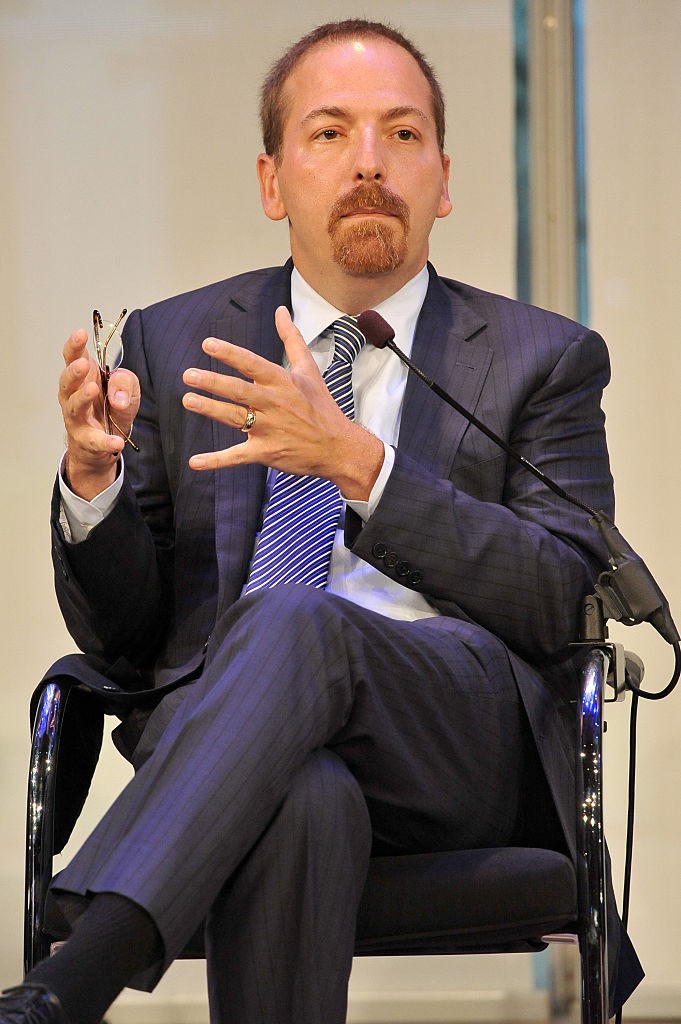 Marlow revealed Chuck Todd’s political conflicts of interest in Breaking the News, which includes his renting a house to Sen. Amy Klobuchar (D-MN) and his wife’s career as a Democrat Party political consultant, including consulting for Sen. Bernie Sanders’s (I-VT) 2020 presidential campaign. Todd does not disclose his conflicts of interest related to his profession as a news media anchor and analyst while presenting himself as an objective and non-partisan operator.

Schweizer advised politicians to draw on Breaking the News‘s revelations of Chuck Todd’s financial and political conflicts of interest in future interviews with the MSNBC figure.

“Here’s what I hope — and I think — has to happen,” Schweizer remarked. “The next time Chuck Todd on his show smiles and says, ‘Well, you know, congressman or senator, this individual did a fundraiser for you. Didn’t that affect your vote?’ I hope that those individuals turn around and ask him the same question in return.”

He continued, “They’re legitimate questions in both ways, but for some reason there are no watchdogs on the so-called watchdogs. There’s nobody out there other than you and Breitbart that is really holding them to account. Their colleagues aren’t going to do it, and that’s part of the problem. Again, they are the insiders. They’re not the outsiders. They haven’t been outsiders for a very long time.”

Chuck Todd’s refusal to disclose his compromised status as a news media anchor and analyst is part of a broader corruption across the news media industry, Schweizer observed. Deceptive presentations of political objectivity — as illustrated by Chuck Todd — are an essential ingredient in the recipe of news media mendacity, he added.

“The point is, the point is not that Chuck Todd can’t rent out his place,” he stated. “The point is that what journalism is all about is disclosure. … Our political leaders are required to disclose their financial ties, because we have to know what is entering into the professional decisions that they’re making. Same in the executive branch.”

Schweizer noted that Chuck Todd’s lack of disclosure of his conflicts of interest cannot be an oversight given the centrality of disclosure to journalistic ethics.

He said, “Disclosure is so important. For the life of me, the fact that there was no disclosure [when Chuck Todd was] sitting down having conversations with somebody with whom he’s had a financial relationship is absolutely shocking. This is his profession, so this is not a question of him sort of stumbling into a field and saying, ‘Oh my gosh, I should have disclosed this.’ This is what he does for a living.”

“[Chuck Todd] should be disclosing the fact that [his] spouse is making serious money working for Bernie Sanders and Democratic causes when [he is]  interviewing Democrats and/or Republicans on national television,” he added.

He added, “I get why they’re not disclosed, because it’s so impossibly humiliating, but it is unethical.”

Schweizer remarked, “[Breaking the News] really underscored the kind of industrial logic of the corruption that is part of the media, and what stands out in your book and what people have really come to realize is that journalists desperately want people to think they’re the outsiders, and that they’re the ones who are speaking truth to power, they’re the ones that are holding power accountable.”

“They’re not,” he continued. “They’re the ultimate insiders. They club with these people. They’re even landlords of these people. … People understand economic incentives. They understand financial ties and financial corruption, and the reason that they are going to try to desperately ignore this book is precisely because it’s so devastating.”

Schweizer, author of Profiles in Corruption: Abuse of Power by America’s Progressive Elite, documented Klobuchar’s numerous conflicts of interest across her political career.