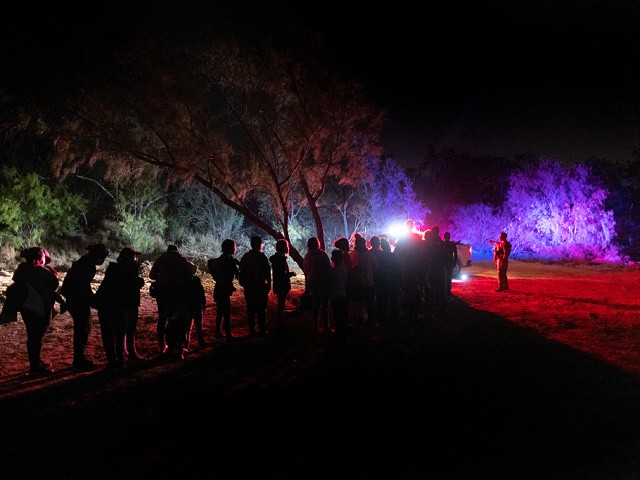 In introducing the legislation, Brooks highlighted the dangers of illegal immigration and the deaths associated with it:

Roughly two thousand Americans lose their lives each year at the hands of illegal aliens. Another 30,000+ Americans die each year from overdoses on deadly narcotics smuggled through America’s porous southern border. The net loss to taxpayers each year is roughly $9,000/illegal alien. Struggling American families should not have to suffer from wage suppression and lost job opportunities caused by tsunamis of illegal aliens coming into America.

Kate’s Law increases penalties for illegal aliens who reenter America after being deported or denied entry. The No Sanctuary for Criminals Act punishes state and local sanctuary cities who aid and abet illegal alien criminals. I introduce these bills in tandem to end dangerous and abusive attempts to undermine federal law. These bill will prevent future tragedies committed by illegal aliens by empowering law enforcement to carry out and enforce federal immigration law.

As reported by the AL Reporter, Brooks’ Kate’s Law legislation would “further deter illegal re-entry by enhancing penalties for deported people who return to the United States by increasing from two years to five years the maximum prison term for a person who reenters after being denied admission, excluded, deported or removed.”

The AL Reporter also noted the “No Sanctuary for Criminals Act strengthens federal law to combat sanctuary city policies that shield illegal aliens and interfere with federal immigration law. Specifically the bill would withhold certain federal grants — COPS, Byrne JAG, or other related DOJ or DHS grants — from jurisdictions that violate federal law by prohibiting their officers from cooperating with ICE.” In addition, it would also “allow victims of certain crimes to sue jurisdictions that refuse to comply and subsequently release undocumented immigrants onto the streets; and it would ensure that undocumented immigrants convicted of drunk driving or are arrested for other dangerous crimes are detained during their removal proceedings.”

“If there’s one thing Congress should agree on, it’s that criminal aliens should be removed from the United States, not released to commit further crimes,” Jenks said. “We applaud Congressman Brooks’ continued effort to see that the rule of law is enforced in immigration policy.”

“Sanctuary cities have jeopardized innocent lives for far too long,” Hauman said. “By refusing to cooperate with federal authorities, sanctuary cities allow criminal aliens to be released onto the streets. We are all too familiar with how this practice has devastated families like the Steinles, Roots, and Ronnebecks, and we must strengthen the law to combat such recklessness.”

“That is precisely what Congressman Brooks is trying to do,” Hauman added. “We applaud him for the introduction of two FAIR-supported bills that seek to enhance public safety by punishing sanctuary cities and criminal aliens who re-enter the country after deportation.”