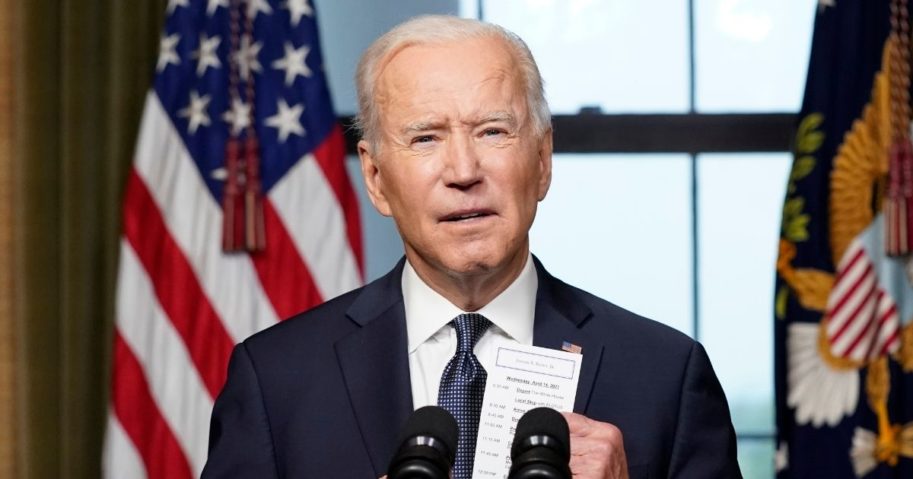 One of the big topics of the talking heads over the weekend was recent polling from ABC and NBC showing President Biden with an approval rating of about 52 percent, ten points higher =than Trump’s at the 100-day mark.

This might have made you feel baffled and discouraged, wondering how your fellow Americans could be so blind to the immense damage being done to our country by his rubberstamping of the far left’s agenda.

Well, don’t lose faith in the good sense of your fellow Americans just yet.

Stacey Lennox of PJ Media took a deeper look at those poll numbers, and things aren’t nearly as rosy for the “transforming America” brigade as the media want you to think.

First of all, we do have to acknowledge that most people don’t know what’s really going as well as readers of my newsletter do.

If you get your “news” from the liberal outlets, you might not even know about the disaster at the border, the rising crime rates, the skyrocketing national debt, the threats to the economy and the Constitution, the increasing aggressiveness of China, Russia and Iran, and all the other problems stemming from the Great Mistake of November 2020.

For the majority of “news” media outlets, a tough question for Biden is something like, “Sir, do you think migrants are coming to America because your kind face exudes so much love?”

They’re more protective of Biden than a mother cat is of her kittens.

But as Ms. Lennox points out, a closer look at those polls reveals some dark clouds forming for the Democrats.

Do you think the establishment media is telling the whole truth about Biden’s approval numbers?

First of all, even at 52 percent, Biden’s approval rating is still the third-lowest since Harry Truman, ahead of only Trump and Gerald Ford, both of whom were savaged by the media (Obama’s was 17 points higher than Biden’s.)

And the only reason it’s that high is that it’s pulled up by the 64 percent and 69 percent positive ratings for his handling of the pandemic, which I will note (since he never does) is largely something he inherited from Trump and that is handled mostly on the state and local levels.

The poll also found that 56 percent of Americans think the nation is on the wrong track.

As I’ve been telling you for over a decade now: Don’t let skewed polls get you down or discourage you from voting or working to elect your candidates.

Let them instead act as a way for your opponents to fool themselves into complacency.

Remember all the polls that said Hillary Clinton was so sure to win, she didn’t even need to visit the swing states?

Well, how did that work out for her?