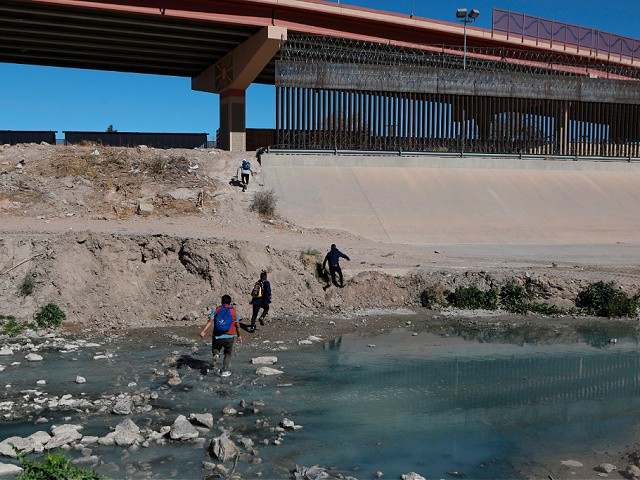 The Biden administration’s decision to rely on Mexico for border security, consistent with the previous two administrations, has given Mexican President Andrés Manuel López Obrador even more leverage to keep the United States out of non-migration-related problems in his country, namely corruption.

Mexico’s ability to limit migration has given its government significant leverage over an issue that is a political vulnerability for Biden. It also lands the Biden administration in the awkward position of asking Mexico to intensify its enforcement efforts after easing U.S. border controls by rolling back Trump-era policies, including deals made with López Obrador.

The Mexican president has explicitly blamed Biden’s welcoming tone for migrants for the crisis that is overwhelming resources and personnel at the U.S. side of the southern border.

Mexican officials, including Foreign Minister Marcelo Ebrard, have been privately frustrated with Biden’s rapid-fire rollback of Trump policies, according to current and former U.S. and Mexican officials, because Mexico thought Biden’s moves incentivized migration in the short term while his proposed solutions consisted of long-term measures [such as addressing the root causes of migration] that could take years to make a difference.

Mexico is central to Vice President Kamala Harris’s plan to address the “root causes” of migration and stem the record number of migrants reaching the U.S. southern border, particularly unaccompanied children and families from Central America.

Unlike former President Barack Obama and now Joe Biden, former President Donald Trump threatened to impose escalating tariffs on Mexico that would hurt its economy amid the 2019 record influx of Central Americans to the U.S.

“López Obrador responded with an unprecedented militarized crackdown along Mexico’s northern and southern borders … migration levels fell sharply after the crackdown” until the pandemic drove Mexicans to cross into the United States during the final months of the Trump administration, the Post noted.

President Joe Biden has tapped VP Harris to lead the White House response to the flow of migrants from Mexico and the Northern Triangle region in Central America — Guatemala, Honduras, and El Salvador.

“The White House has yet to release a detailed plan for her diplomatic efforts, but Harris has pointed to Biden’s efforts under Obama as a model, focusing on the ‘root causes of migration, including corruption, poverty, and violence,’” the Washington Post pointed out on Saturday.

Previous efforts to address the “root causes” of migration, including the one pursued by Biden as vice president, have failed to deter migrants from making the journey to the United States.

Referring to Harris’s efforts to improve the conditions on the ground in the Northern Triangle region to reduce migration, the Post acknowledged Saturday:

[S]imilar campaigns under previous administrations have failed to make meaningful progress, leading to cyclical spikes at the border since 2014. And high-level corruption among government officials has complicated U.S. efforts to negotiate with leaders who have little political will for reform.

VP Harris ignores the pull factor for migrants, businesses willing to hire them for cheap labor, and the impact of President Biden rescinding the Trump-era immigration policies on migration flows.

“Most people don’t want to leave home,” Harris said during a recent meeting with Central American experts, referring to one of her guiding theories. “And when they do, it is usually for one of two reasons or a combination of the two: They are fleeing some harm, or to remain home is to remain in a position where there is no opportunity to meet essential needs.”

For years, the United States has thrown money at the situation facing residents of impoverished and corrupt Central American countries to prevent them from leaving, to no avail.

“Many migration experts question the entire premise of deterring migration through development assistance, arguing that, in the short term, economic growth leads to more migration, as more people are able to afford the journey,” the Post reported.