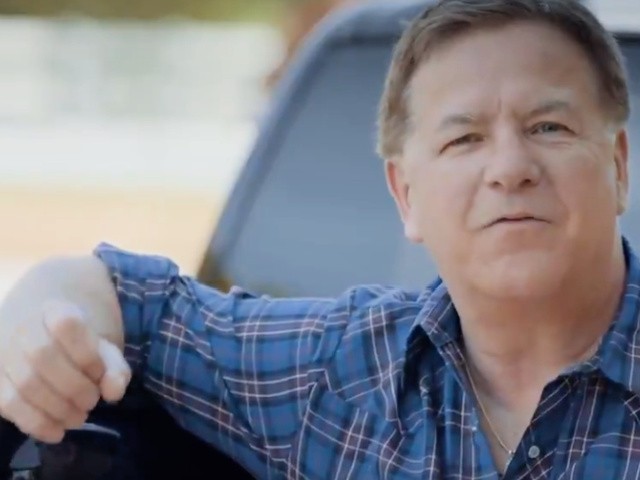 St. Louis attorney Mark McCloskey, who, along with his wife, made headlines in June 2020 after pointing guns at violent protesters marching through their neighborhood, announced Tuesday that he will run for U.S. Senate in Missouri.

“When the angry mob came to destroy my house and kill my family, I took a stand against them,” McCloskey said in a video announcement shared to social media. “Now I’m asking for the privilege to take that stand for all of us.” He went on:

Our nation is under attack. Big tech, big business, the swamp in D.C., are all working together to destroy our God given freedom, our culture, and our heritage. When was the last time a politician defended you? Defended America? Stood between you and the mob?

An angry mob marched to destroy my home and kill my family, I took a stand to defend them.

I am a proven fighter against the mob

When the mob comes to destroy our home, our state, our nation— I’ll defend it

I will NEVER BACK DOWN

Mark McCloskey says in the ad:

We need dividers, but all we get are dividers. Every day they teach us to hate each other. Left vs. right, black vs. white, rich vs. poor. This is a tactic to destroy us. But we are all Americans, we’re Missourians. Our nation, our state, our homes are worth defending. Our freedoms are worth defending.

“I can promise you one thing – when the mob comes to destroy our homes, our state, and our country, I will defend them,” he added. “I will never back down.”

As previously reported by Breitbart News, McCloskey and his wife, who both spoke at the most recent Republican National Convention, “used an AR-15 and a pistol to defend their home while 300 protesters were marching to former St. Louis Mayor Lyda Krewson’s home. No gunshots were fired.”

The McCloskey case drew attention from Republicans across America after Democrat St. Louis Circuit Attorney Kim Gardner filed charges of felony unlawful use of a weapon against the couple in July 2020. The case received so much attention that Missouri Gov. Mike Parson, a Republican, promised to pardon the couple if they were convicted.