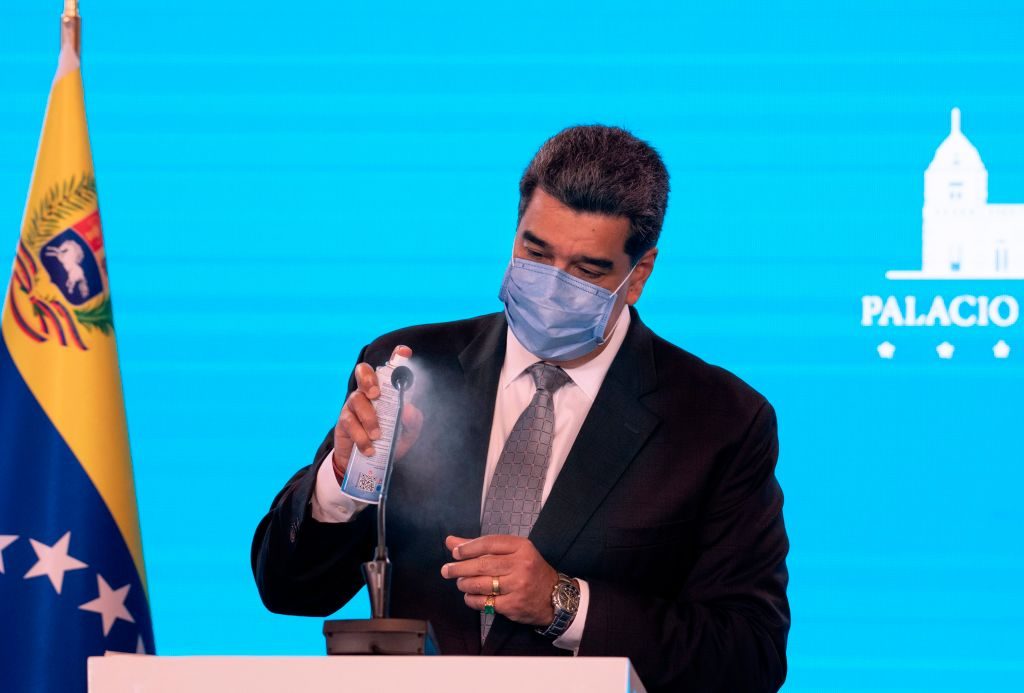 Venezuela experienced its highest number of documented Chinese coronavirus cases nationwide since the pandemic began Wednesday, according to socialist regime officials, suggesting a significant surge in the national infection rate.

Epidemiologists have for months questioned the suspiciously low rate of infection in Venezuela — a nation with a barely-existent healthcare system, poor sanitation, and an ongoing migrant crisis — according to socialist regime statistics. While neighboring Colombia and Brazil have documented more cases of Chinese coronavirus than nearly every country in the world, Venezuela claims a relatively small 160,000 nationwide cases of the highly contagious disease as of Thursday.

The socialist regime of dictator Nicolás Maduro has implemented a bizarre social distancing regimen known as “7+7,” not used anywhere else in the world, in which the regime forces a strict lockdown nationwide for seven days, followed by seven days of no restrictions at all. Maduro has sometimes modified the plan to allow for two weeks of freedom after two weeks of lockdown at a time. It is not clear who created the “7+7” plan and there is no evidence that it has prevented the spread of Chinese coronavirus more than either extended lockdowns or limited government intervention in people’s lives.

Maduro has also heavily promoted dubious alleged “cures” for coronavirus infections, most prominently Carvativir, oil droplets made of thyme and oregano. Maduro refers to them as “miracle droplets” on state television and claims they cure coronavirus infections. No scientific evidence exists for this claim, which has resulted in social media outlets like Facebook censoring Maduro’s account for health misinformation.

While the numbers continue to increase in the country, the Maduro regime’s statistics still remain significantly lower than totals in neighboring countries. Brazil has documented nearly 13 million coronavirus cases since the pandemic began and Colombia 2.4 million, compared to 160,497 cases in Venezuela. Both Brazil and Colombia have taken in a significant percentage of the millions of Venezuelan refugees who have fled socialism for the past decade in a crisis that continues to this day. Maduro’s regime has yet to provide an adequate explanation for the disparities between Venezuela and its neighbors.

Investigators and journalists have concluded that the Maduro regime is severely undercounting the number of Chinese coronavirus cases in the country. In October, the Venezuelan polling firm Meganálisis published the results of a questionnaire regarding coronavirus health care. Surveying people who said that they lived in a household with someone diagnosed with Chinese coronavirus, Meganálisis found that nearly 70 percent of respondents lived with someone who was told they had coronavirus without being tested in any way to confirm an infection. Only 13 percent of those who said they lived with a coronavirus patient said that they had received PCR (polymerase chain reaction) test, a test that confirms the presence of the genetic material consistent with Chinese coronavirus in the body. The Maduro regime is using a combination of PCR and more inaccurate “rapid” testing to confirm cases and thus add them to their tally, but it is not clear if those who only test positive using rapid tests contribute to formal statistics.

The Meganálisis poll asked all respondents if they trusted the official government statistics, to which 72 percent said “no.”

With cases rising, Maduro’s regime has turned the attention of the country onto the planned arrival of doses of Sputnik V, a Russian-made coronavirus vaccine candidate. Maduro’s state broadcaster VTV announced a third shipment of Sputnik V doses arrived in Venezuela on Monday, representing 50,000 doses of the product. Russian President Vladimir Putin approved Sputnik V in August, making it the first approved coronavirus vaccine candidate, but did so prior to Phase III clinical testing and without divulging key research data to the broader scientific community, causing international concern.

Maduro has also claimed to secure shipments of “Abdala,” a coronavirus vaccine candidate under development in Cuba. Abdala remains in the clinical trial phase and has not been approved for general use anywhere in the world.

While the vaccines arrive, Maduro has also promoted Carvativir and ozone therapy — the administration of toxic ozone gas to coronavirus patients — as “cures” to the disease, opening a “National Ozone Center” for access to “rectal ozone therapy” and claiming to pressure the World Health Organization (W.H.O.) to study Carvativir. Carvativir has become a point of contention between Maduro and Facebook, which banned him from posting on his official page for 30 days this week in response to repeated violations of its misinformation policy.

While there is no proof suggesting the Carvativir droplets have any positive effect in fighting Chinese coronavirus, no evidence exists that they are dangerous, either. Ozone, however, is a deadly gas. The U.S. Food and Drug Administration (FDA) has warned that the amount of ozone it takes to kill Chinese coronavirus cells is higher than the amount necessary to kill a human being, making it an undesirable treatment for coronavirus infection.