Liz Cheney Turns to Establishment Media to Save Herself 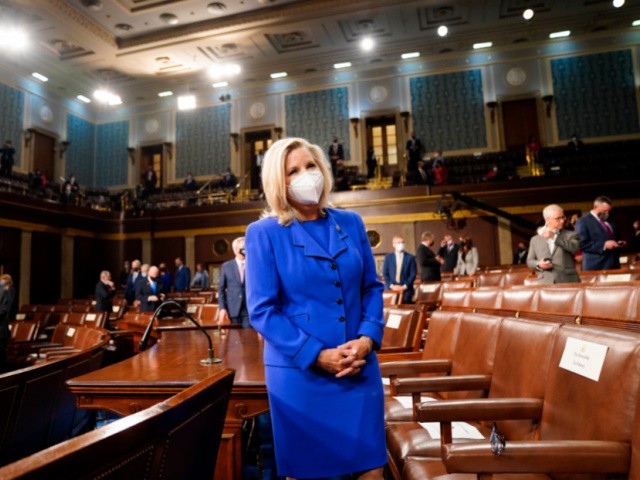 Rep. Liz Cheney (R-WY), the Republican conference chairwoman, turned to the Jeff Bezos establishment media outlet Washington Post as the Republicans are set to oust her from leadership.

Cheney, an establishment Republican, authored an op-ed  for the Post Wednesday. She called the moment a turning point for Republicans. This comes as recent reports show Cheney is on the brink of being ousted by the rest of the Republican leadership.

Cheney brought up her public dispute with former President Donald Trump that has been at the forefront of her argument ever since she voted to impeach the president. The “Justice Department and multiple federal judges have suggested, there is good reason to believe that Trump’s language can provoke violence again,” Cheney wrote.

The Republican said, “the Republican Party is at a turning point,” and she wants everyone to choose a side as she continues to argue with the president’s intentions about the January 6 rally and the events on Capitol Hill that day. She believes part of Trump’s plan was to “unravel critical elements of our constitutional structure that make democracy work.” She continued to tout the confidence she had in the results of the election.

She said the path foreword for the Republicans is clear to her:

First, support the ongoing Justice Department criminal investigations of the Jan. 6 attack. Those investigations must be comprehensive and objective; neither the White House nor any member of Congress should interfere.

Second, we must support a parallel bipartisan review by a commission with subpoena power to seek and find facts; it will describe for all Americans what happened. This is critical to defeat the misinformation and nonsense circulating in the press and on social media. No currently serving member of Congress — with an eye to the upcoming election cycle — should participate. We should appoint former officials, members of the judiciary and other prominent Americans who can be objective, just as we did after the attacks of Sept. 11, 2001. The commission should be focused on the Jan. 6 attacks. The Black Lives Matter and antifa violence of last summer was illegal and reprehensible, but it is a different problem with a different solution.

Finally, we Republicans need to stand for genuinely conservative principles, and steer away from the dangerous and anti-democratic Trump cult of personality. In our hearts, we are devoted to the American miracle. We believe in the rule of law, in limited government, in a strong national defense, and in prosperity and opportunity brought by low taxes and fiscally conservative policies.

“There is much at stake now, including the ridiculous wokeness of our political rivals, the irrational policies at the border and runaway spending that threatens a return to the catastrophic inflation of the 1970s,” Cheney claimed.

She thinks Republicans should not abandon the rule of law by joining forces with Trump. Cheney still believes Trump is trying to look to “undermine the foundation of our democracy and reverse the legal outcome of the last election.”

“I am committed to doing that, no matter what the short-term political consequences might be,” she added.

A poll came out Wednesday that showed Cheney is in serious trouble when the midterm elections come around. Her unfavorability numbers in Wyoming, Cheney’s home state, polled at twice her favorable numbers. Cheney’s unfavorables are at 65 percent, with a net image of -36 percent. Fifty-two percent would vote for her opponent regardless of who runs against her.

Currently, the Republican House leadership effort is to replace her as the House GOP Conference chair by the end of next week. The vote is set to take place on May 12. House Minority Whip Steve Scalise (R-LA) and Trump have already announced their support for Rep. Elise Stefanik (R-NY).

In addition, House Minority Leader Kevin McCarthy (R-CA) said he is done defending Cheney. According to reports, McCarthy was caught during an off-air hot mic moment with Fox and Friends co-host Steve Doocy in which McCarthy said he “lost confidence” in Cheney.

The Post is mainly read by the Democrats, not the Republicans she needs to reach, to unite with, and to reason with. A Republican strategist said, “She has no business in GOP Leadership,” since she could not use an “outlet read by actual Republicans.” This “is the perfect illustration of just how out of touch she is.”