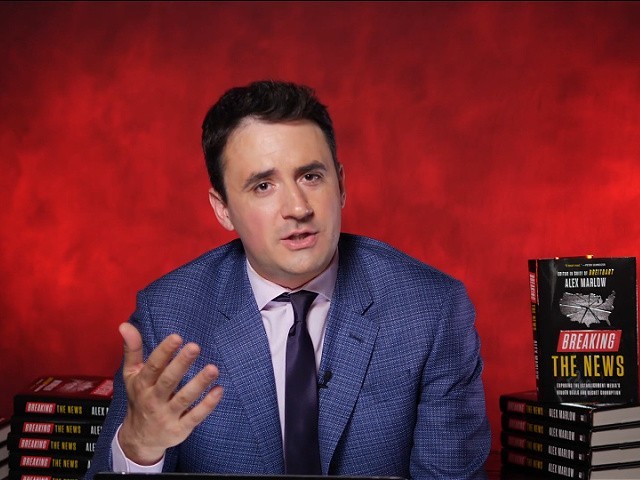 Democrats and the broader left posture as if they oppose discrimination against Asians while imposing “diversity” policies of academic admissions that undermine prospective Asian students’ enrollment, noted Breitbart News Editor-in-Chief Alex Marlow, during a Monday livestream on Facebook and Instagram.

Marlow, author of Breaking the News: Exposing the Establishment Media’s Hidden Deals and Secret Corruption, observed the coordinated posture of the Democrat Party and their allies in news media and Big Tech with the “Stop Asian Hate” campaign, which often implies that Asian Americans are being harassed and assaulted by conservatives and Republicans.

“The idea that the left is now in charge of Asian hate is so absurd,” Marlow said. “At Breitbart, we’ve been reporting for years how the Ivy League, for example, discriminates against Asians because they want more colors. They want more pretty colors. It doesn’t matter who’s going to school, they just want them to not look like Asian people, apparently.”

Marlow continued, “Same thing with California and same thing with, now, I think most of the California universities. They don’t have testing requirements. Why? Specifically, because Asians do better on tests than everyone else, so there’s too many Asians [in colleges and universities]. This is unfair because, culturally, Asians take school more seriously, thus they perform better in school.”

“We’ve been writing for years about how the left, in the name of diversity, has been discriminating against Asians,” Marlow added. “Now they’re acting like they’re the authorities on Asian hate. Overnight, they decided to be the authorities on Asian hate … You should keep in mind that most of this violence against Asians, they’re not taking place at the hands of white people and they’re taking place in Democrat-run cities. So remember, most of the horrible stuff that’s happening in America right now — Democrat-run cities.”

In a report on racial criteria described as “affirmative action” used by Harvard University as part of its admissions criteria, NBC News interviewed a supporter of racial quotas in school admissions who described such measures as “race-conscious admissions policies.”

On Saturday, Breitbart News reported on the spread of college and university hostility toward academic testing as criteria for admissions. The Brookings Institution, a nonprofit organization presenting itself as politically objective and non-partisan, declared, “SAT math scores mirror and maintain racial inequity.”

In 2020, California state Democrats asked voters to repeal Proposition 209, the California Civil Rights Initiative, a 1996 constitutional amendment that banned discrimination or preferential treatment on the basis of ethnicity, race, and sex in public contracting, public employment, and public education. Californians rejected the Democrats’ attempt to legalize such types of discrimination last November.