Lawyer for Breonna Taylor’s Family Named an Animal After the Dead Woman, Enters It In Competitions 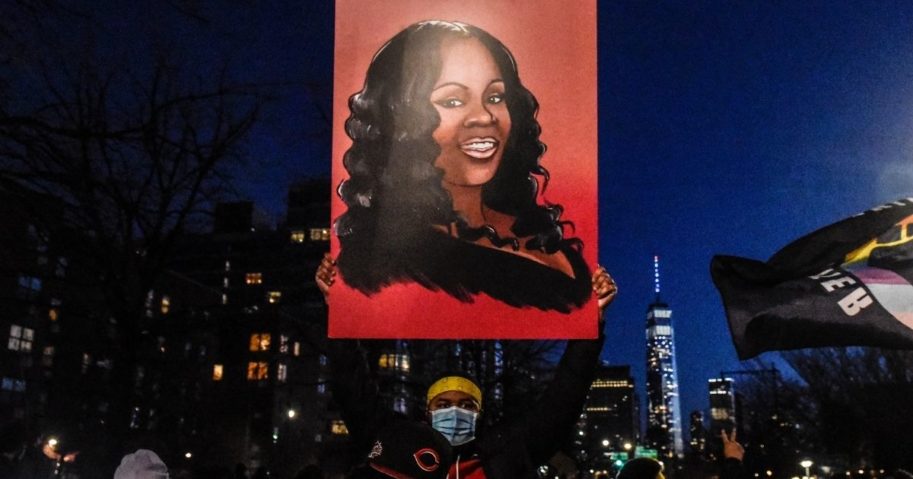 A racehorse owned by the wife of a lawyer who represented Breonna Taylor’s family against the Louisville Police Department has won a race at the site of the Kentucky Derby.

Interestingly, the horse was also actually named after the late Taylor, who was shot and killed by police amid an exchange of gunfire between her boyfriend and the officers who raided Taylor’s apartment to carry out a warrant for suspected narcotics and cash involved in narcotics trafficking.

Attorney Sam Aguiar and his wife, Janell, named the horse “Breonna” after Taylor, who has become a martyr of the Black Lives Matter movement.

The couple, who own about 20 racehorses according to the Louisville Courier Journal, will be donating the $10,000 purse to the Breonna Taylor Foundation, which was founded by the late woman’s family last year.

They weren’t at Churchill Downs for the race, which took place Thursday as part of Derby Week activities at the famous track, according to the Courier Journal. But Sam Aguiar told the newspaper they watched the race with Taylor’s mother, Tamika Palmer, and Sam Aguiar’s law partner, Lonita Baker.

“My wife named the filly Breonna because she was beautiful, strong and resilient,” Aguiar told the Courier Journal. “She’s tough and has swagger. But to those closest to her, she’s also loving and kind. That was Breonna Taylor as well.”

Now, I’m not knocking Janelle Aguiar for naming a high-class horse that is beautiful, strong and has a good nature after a woman she wished to honor.

(Her husband’s description might go a little too far on the anthropomorphism, though. I mean horses can be really sweet, but “kind” seems a bit of a stretch for any animal. What, does the filly donate her feed to less fortunate horses?)

It takes away slightly from her kind intent that the horse was actually given to Janelle by Aguiar as a Christmas present in 2019.  Taylor actually died several months later, in March of 2020.

Do you think it was weird to name the horse after Breonna?

The Courier Journal notes that the chestnut mare received her “official” name in July of 2020 and does not elaborate as to why this is the case or what the horse was named prior to her new christening, which almost certainly had something to with Sam Aguiar taking on Taylor’s family’s case.

It’s hard not to feel there’s something slightly macabre about attorneys representing the family of a person killed in a high-profile, culturally divisive police shooting naming one of their string of thoroughbreds after the deceased woman.

Again, everyone involved may have had the best of intentions in honoring the memory of a woman most would agree lost her life prematurely and in conditions that could have been prevented had others behaved differently, regardless of how one feels about whether the police officers should be held criminally culpable for her death.

Aguiar, most assuredly, is a very wealthy and privileged man.

If the decision by him and his wife to name the horse after Breonna brought joy to her family and others hurt by her death, that’s awesome.

RELATED: Cops Who Killed Suspect as He Dragged Officers with Car Won’t Be Charged

However, perhaps we can just take a moment and recognize that if we’re supposed to believe that Taylor’s death or the fact that her death was the result of systemic racism or bias in policing, it’s an objectively good thing that her family was able to so easily procure the legal representation of such a wealthy, well-off attorney and receive national media attention.

But we should also recognize something else:

If we’re at the point where racehorses are being named after a woman who was killed in a police raid — and that horse’s name is considered newsworthy enough for a newspaper based in Louisville, Kentucky, to write about it — then such shooting incidents are not anywhere near as common or ignored by society at large as the activists who use Breonna Taylor’s name for their own glory would have us believe.

Just something to think about.