The Los Angeles Fire Department is using the Will Rogers State Beach parking lot as a staging area as it battles a wildfire above the Pacific Palisades neighborhood — the same lot L.A. City Council member Mike Bonin wants to use for homeless shelters.

As Breitbart News has reported, Bonin has proposed building temporary homeless housing facilities at local beaches, using the existing parking lots. The goal, he says, is to ease the transition into permanent housing, and relieve pressure on the city’s parks and recreation facilities over the long term. But residents are furious, and some are already campaigning for Bonin’s recall.

Over the weekend, several fires broke out above the Pacific Palisades and Topanga communities. Locals suspect arson, as the fires broke out in several areas in succession. As of Sunday afternoon, over 1300 acres were burning, with 0% contained. 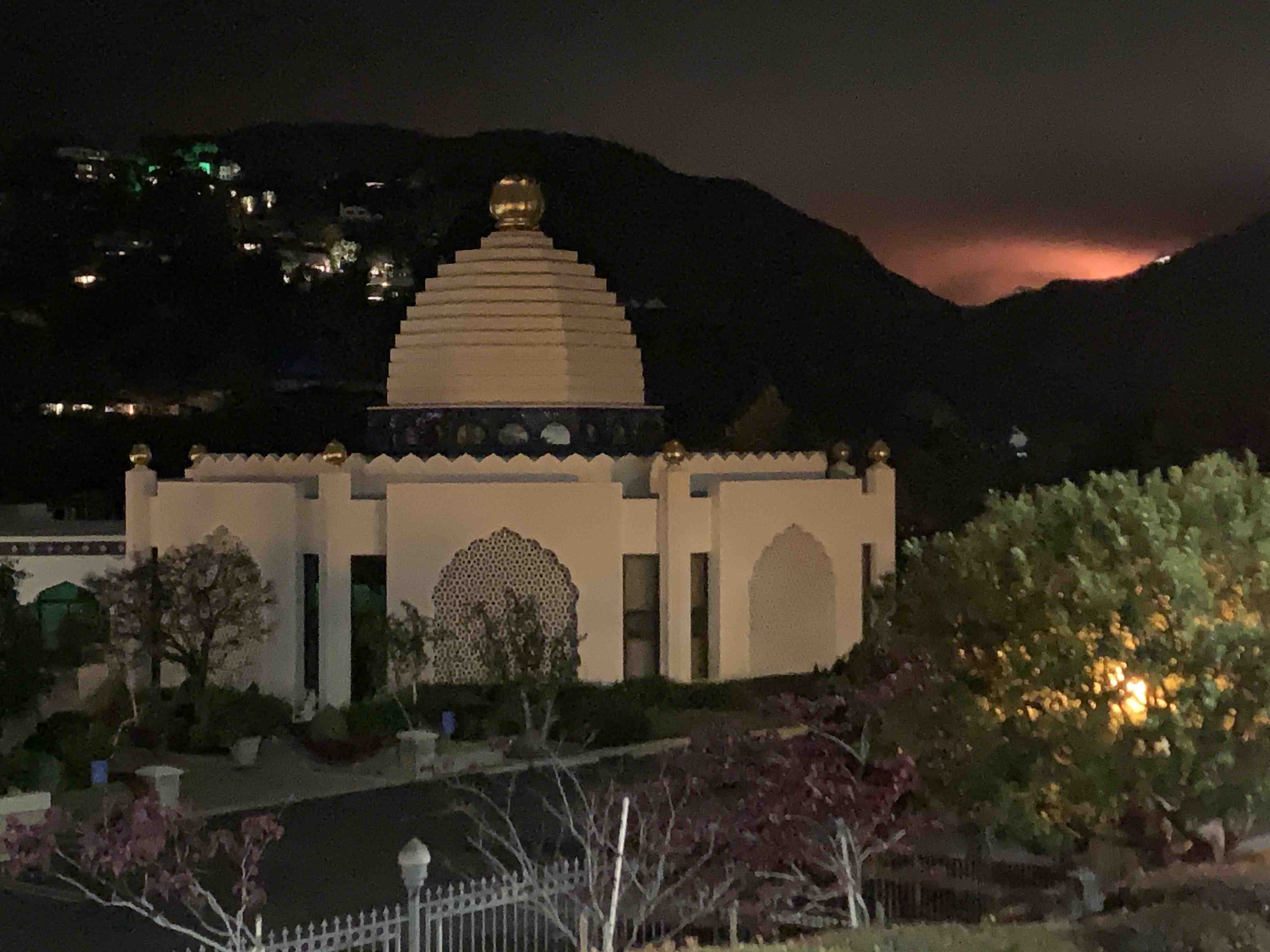 The Palisades fire burns in the distance behind the Self-Realization Fellowship Lake Shrine, May 15, 2021. (Joel Pollak / Breitbart News)

On Sunday, the local fire department used the parking lot at Will Rogers as a staging area for the media and emergency vehicles. 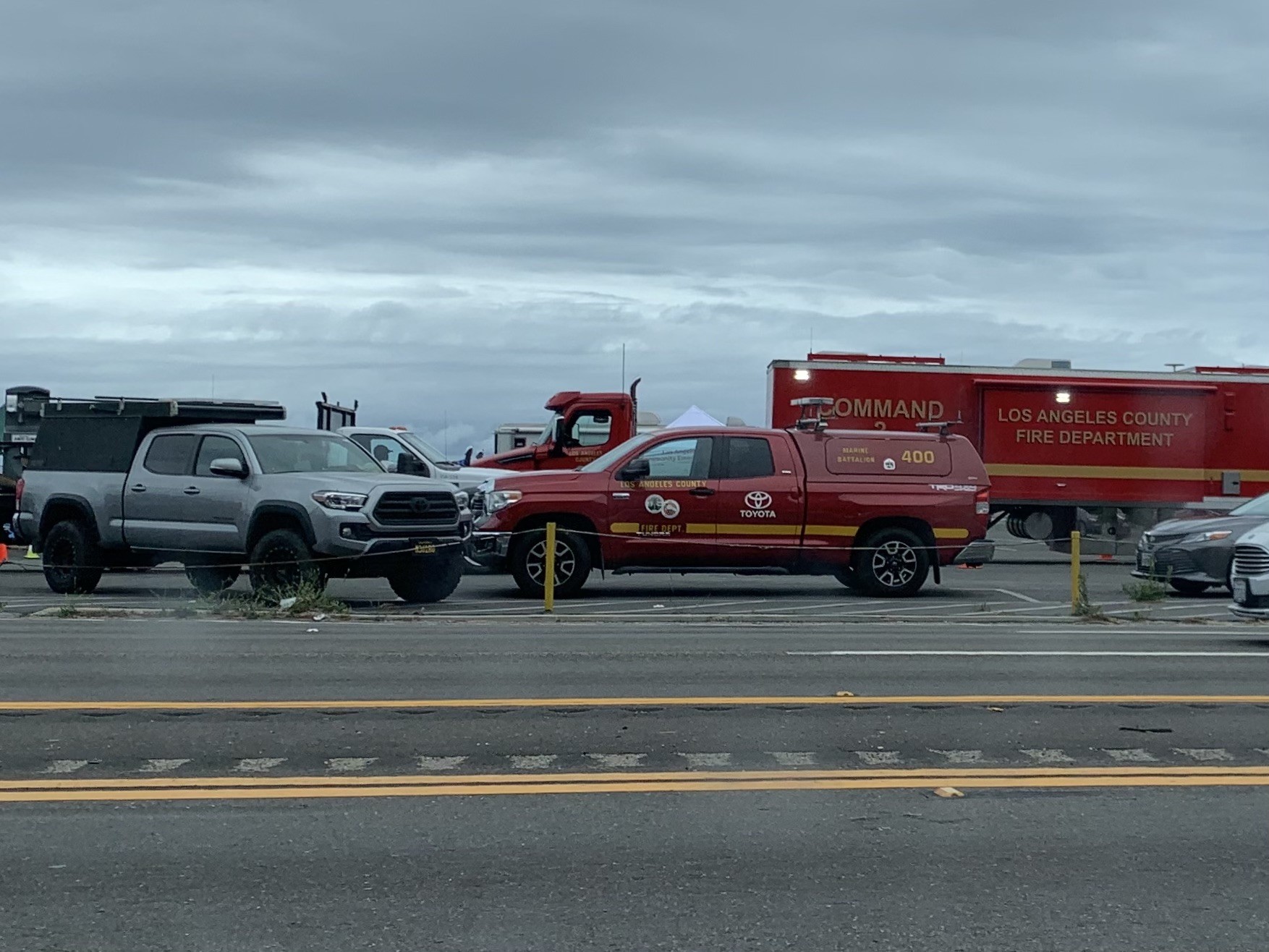 Last week, a committee on the city council voted 4-1 to study Bonin’s proposals, despite strenuous objections by residents.