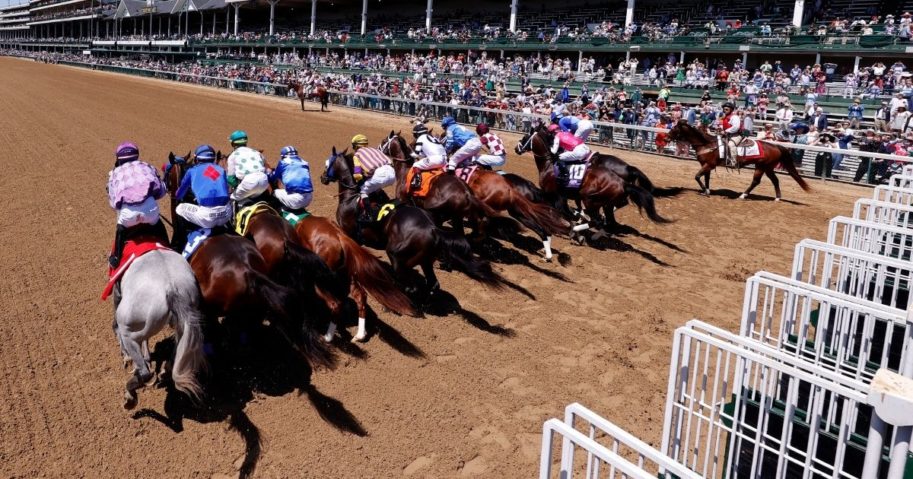 The classic song “My Old Kentucky Home” will be played at the Kentucky Derby on Saturday, as the event will choose tradition over the complaints from activists who contend the ballad is racist.

WLKY-TV reported that despite an effort to cancel the song, it will be part of the 2021 race, being played just before the bell.

WLKY noted the song has been played annually at the race since at least 1921. But in recent years, organizers have faced pressure to choose another song.

Smithsonian Magazine profiled the controversy over the song last September.

“Few of those singing along, however, may realize that the original lyrics were not a ‘Dixie’-esque paean but actually a condemnation of Kentucky’s enslavers who sold husbands away from their wives and mothers away from their children. As Foster wrote it, ‘My Old Kentucky Home’ is actually the lament of an enslaved person who has been forcibly separated from his family and his painful longing to return to the cabin with his wife and children,” Smithsonian reported.

So, if the song is lamenting the evils of slavery, why all the fuss?

Joseph Gerth with the Louisville Courier-Journal argued in 2019 that the song needed to be retired, partially because of its dated terminology when referring to black Americans.

“It’s hard to assess what Foster’s intentions were when he wrote the song nine years before the American Civil War began, whether this was a song lamenting the sad life of a slave or something not so benign,” wrote Gerth.

Do you support Churchill Downs for ignoring criticism and sticking to tradition?

“His liberal use of the word ‘darkies’ in the song is troubling, but in that day and age it would have been less repulsive than it is now,” the reporter added.

According to Smithsonian Magazine, the song’s lyrics read: “The sun shines bright in the old Kentucky home / ‘Tis summer, the people are gay / The corn-top’s ripe and the meadow’s in the bloom / While the birds make music all the day.”

“The young folks roll on the little cabin floor / All merry, all happy and bright / By’n by hard times comes a knocking at the door / Then my old Kentucky home, Good night!”

Here is the song being played in 2016 before the 142nd Kentucky Derby:

Newsweek reported that the word “darkies” is omitted from the version of the song played, and has been since at least 1986.

With the original lyrics containing language considered dated and with Foster’s true inspiration for the song now debated, the annual drive to have the song retired began again this year — despite the fact that the song is conventionally accepted as being sympathetic to the victims of slavery while celebrating freedoms in the Bluegrass State.

But the Kentucky Derby made it clear this week the song would be played.

Churchill Downs will operate Saturday, just as it would in any other year, and those in attendance and watching on TV will hear the song, as is tradition.