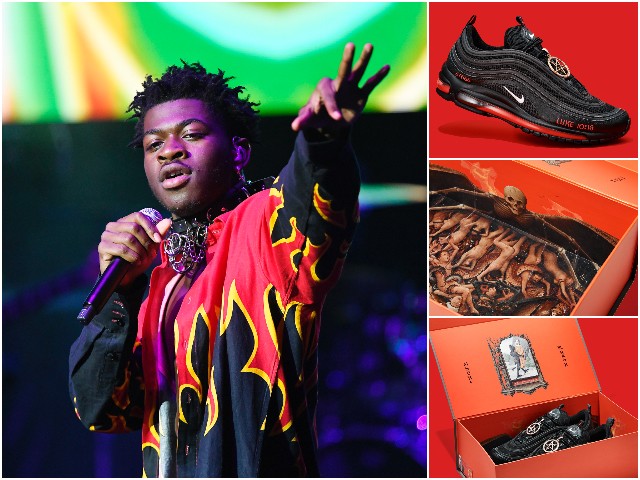 A federal judge ordered pop star Lil Nas X’s “Satan Shoes” to cease being sold, siding with Nike after it filed a lawsuit against the design company MSCHF Product Studio, which Nike says customized the Air Max 97 shoes without permission.

The “Old Town Road” singer caused chaos last week following the unveiling of his limited edition satanic-theme shoes, which are said to contain a drop of human blood. The initial unveil caused confusion and uproar from fans who thought the shoe was made in collaboration with Nike, which the company ultimately denied. Nike followed up with a lawsuit on Monday against MSCH Product Studio, contending it customized the Nike Air Max 97 without the company’s “approval or authorization” and adding that the move would ultimately cause “confusion and dilution.”

Nike’s lawyers said it submitted evidence “that even sophisticated sneakerheads were confused,” as well as evidence that boycotts are mounting against the company despite the fact that it has nothing to do with the design.

“There’s no bright line but the more famous the mark — and we think Nike’s swoosh is one of most famous mark of all time — the more protection it is afforded,” Nike attorney Kyle Schneider told the judge.

However, MSCHF’s lawyers contend there are “no statements that Nike is affiliated” with the satanic-theme shoe and argue that “no basis” for the recall exists, as nearly all of the shoes have been shipped.

Per the Hollywood Reporter:

Nike responds that MSCHF is trying to build a brand, that the shoes are being sold on the secondary market, and that celebrities like Miley Cyrus have gotten involved. Nike also suspects that some of the shoes may have been shipped after the lawsuit was filed.

At the conclusion of the hearing, Komitee ruled that Nike has made a showing sufficient for a temporary restraining order. A hearing to consider a longer-lasting preliminary injunctive will follow but the judge says that Nike has shown a likelihood of prevailing on the merits of its trademark claims. Nike’s request for relief is granted, although some clarity on the scope of the TRO may come from a written order to soon be issued.

The controversial shoes coincide with the release of Lil Nas X’s latest music video “Montero (Call Me By Your Name),” which shows the rapper descending into hell on a stripper pole and giving Satan a lap dance.

South Dakota Gov. Kristi Noem (R) has sparred with the 21-year-old artist in recent days, emphasizing that Americans are in a fight “for the soul of our nation.”

Our kids are being told that this kind of product is, not only okay, it’s “exclusive.” But do you know what’s more exclusive? Their God-given eternal soul.

ur a whole governor and u on here tweeting about some damn shoes. do ur job! https://t.co/qaor6W0B9C

What good will it be for someone to gain the whole world, yet forfeit their soul?