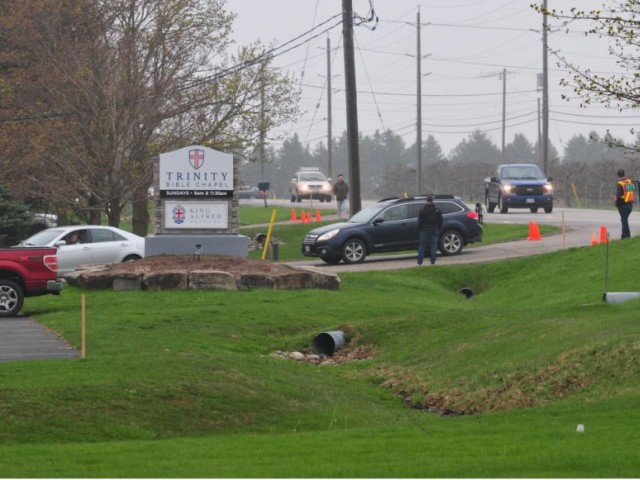 A judge in Woolwich Township in Ontario, Canada, has ordered parishioners at Trinity Bible Chapel to be locked out of the church to prevent Sunday worship services.

Judge John Krawchenko ruled on Friday that the church, its pastors, and elders were in contempt of prior court orders to halt in-person worship by gathering as the church last Sunday.

A judge has just ordered to lock Trinity Bible Chapel’s doors this Sunday to prevent us from gathering to worship Jesus. Unprecedented.
A sad day for Ontario.

The Toronto Star reported on the development:

“The court granted interim relief in the form of an Order directing the Sheriff to lock the doors of the Church on a time limited basis,” Ministry of the Attorney General spokesperson Brian Gray said in an email. “The doors are ordered to be locked, before midnight May 1, 2021, for one week.” Next week, the matter returns to court “to speak to continuation or variance of the Order if appropriate,” Gray said.

“The Attorney General wanted locks put on the doors until all restrictions were lifted,” Lisa Bildy, a defense lawyer with the Justice Centre for Constitutional Freedoms, said in an email. “The judge would only give them one week for now, and we will return to court next week to review the status and consider whether there are ways to keep other parts of the church available for the good works they do throughout the week.”

“It’s very sad that our government chose to take a coercive approach to public health, ignoring all prior pandemic plans and public health principles,” Bildy said. “They have put law-abiding citizens in a situation where they have to exercise civil disobedience and risk draconian fines just to exercise basic civil liberties that are supposedly guaranteed to us in a free and democratic society.”

The Star reported that last Sunday nine tickets were issued to people for attending a gathering that exceeded the government’s attendance limit.

The media outlet said that church elders and the church have been charged with violations “several times” in recent weeks. This is the first time parishioners have been ticketed.